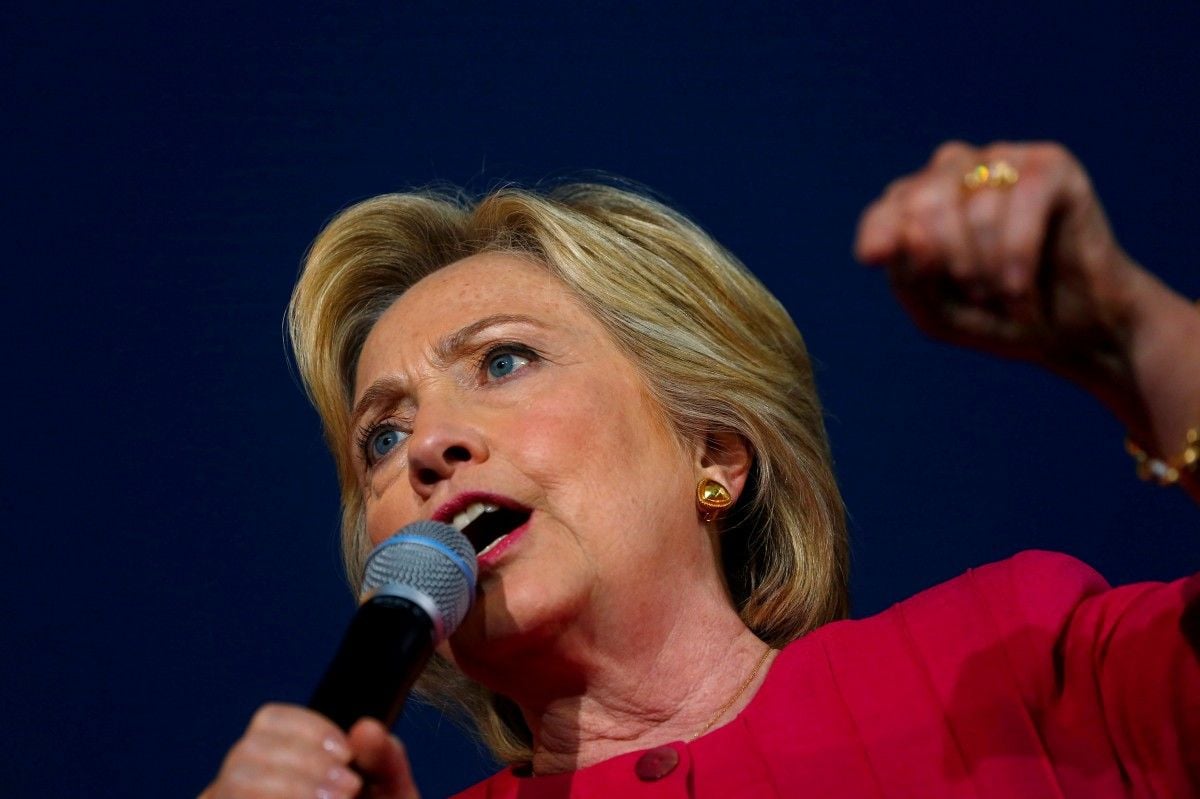 But while Clinton became implementer-in-chief for one of Obama's signature first-term initiatives, she was consistently more skeptical than most of his top aides about how far Russian leader Vladimir Putin was prepared to go in turning the page, according to current and former U.S. officials, journalists Warren Strobel and Matt Spetalnick wrote in the article titled "Skeptical of Russia, Clinton seen going toe-to-toe with Putin," published by Reuters on Tuesday, September 20.

That stance is indicative of how she would go about dealing with Moscow if she is elected U.S. president on November 8, aides to both Clinton and Obama told Reuters.

With U.S. relations with Moscow already plumbing post-Cold War lows, the aides and veteran Russia watchers said she would likely take a harder line than Obama or Republican nominee Donald Trump, who has praised Putin as a strong leader.

Read alsoPoroshenko to discuss further U.S. support at meetings with Obama, Clinton, TrumpDealing with Putin, who is flexing his geopolitical muscle from Ukraine to Syria to cyberspace, will be among Clinton's biggest foreign policy challenges -- one made more daunting by the personal bad blood between them.

Jake Sullivan, a former top State Department aide and now senior Clinton campaign advisor, said Clinton could consider the shipping of lethal arms to Ukraine government forces and the creation of no-fly or safe zones in Syria. Obama has rejected both ideas.

While such moves could further stoke tensions and might even face resistance from some U.S. allies, Sullivan said in an interview with Reuters that Clinton could manage ties with Russia effectively because Putin would "respect her as U.S. president, her strength, her clarity, her predictability."

According to current and former Clinton advisers, she could consider other policy moves such as stiffer sanctions against Russia over Ukraine and doing more to wean Russia's neighbors off reliance on Moscow's energy supplies.

"She is not perceived by many people as the Kremlin's preferred candidate," said Andrey Kortunov, director general of the Russian International Affairs Council, a think tank close to the Russian Foreign Ministry.

"Many here believe that she would be tougher on Russia than Obama," he said.

Clinton's first fence-mending effort in March 2009 was not so much a show of strength than of diplomatic clumsiness. She handed Foreign Minister Sergei Lavrov a red button that was supposed to have the word "reset" on it. Instead, it was labeled with the Russian word meaning "overcharged."

Clinton's distrust of Putin deepened, mirrored by his growing list of grievances against her.

By the time she prepared to leave the State Department in early 2013, former officials said, she wrote at least two confidential memos to Obama urging a more hard-nosed approach. At the time, many in the president's inner circle were not convinced the reset had run its course, they said.

Since Clinton's departure, Putin has reasserted Russia on the world stage, seizing Ukraine's Crimea region and intervening militarily in Syria's civil war. U.S. officials have linked the hacking of Democratic Party computers to the Russian government – which the Kremlin denies.

"NOT AS IF SHE WENT GRUMPILY"

Like most national security policies under Obama, the attempt to "reset" U.S.-Russian relations was managed from the White House by the president himself, along with aides from his 2008 campaign, including Russia specialist Michael McFaul.

"No one should pretend that this wasn't an Obama-driven policy," said Philip Gordon, Clinton's top Europe adviser at the State Department. "But it's also not as if she went grumpily to the table and was told by the president 'you're doing it' ... She thought it had logic."

McFaul, who later became ambassador to Russia, said in an interview that from the first White House meeting on Russia in early 2009 Clinton was skeptical of the prospects for transforming U.S.-Russian relations in a way that "some of us aspired to back then."

The first fruits of the reset were promising.

Putin had - temporarily, it turned out - stepped down as president, with the younger, reform-minded Dmitry Medvedev in his place.

But after little more than two years, the "reset" ran out of steam. By mid-2011, it was clear that Putin was returning to the presidency.

A DECADE OF BROADSIDES

Clinton first met Putin at his residence outside Moscow in March 2010. She persuaded him to back tougher U.N. sanctions on Iran, according to two people with knowledge of the session.

In front of the TV cameras, however, Putin railed against U.S. trade and economic policies as Clinton watched.

Clinton and Putin have been exchanging broadsides for nearly a decade.

Read alsoBack in USSR, or Stalin's 11 blows to Russia’s futurePutin, a former KGB agent, "doesn't have a soul," Clinton quipped on the eve of the 2008 New Hampshire presidential primary, riffing off of President George W. Bush's comment seven years earlier that he had looked into Putin's eyes and seen his soul.

The Russian leader retorted: "At a minimum, a head of state should have a head."

A U.S. official who was involved in Russia policymaking said Clinton sometimes chose her words poorly, inflaming Russian resentment over its perceived post-Cold War humiliation, a nationalist strain that Putin has long used to his advantage.

"She played into that," said the official, who requested anonymity.

The most serious rift of Clinton's tenure occurred in late 2011, as crowds filled the streets of Russian cities protesting parliamentary elections marred by allegations of voting fraud.

Clinton, in a statement approved by the White House, called the election "neither free nor fair." Putin, who was preparing to retake the presidency, accused her of trying to foment a new Russian revolution. A steady slide in contacts between Clinton and the Russian leadership and in overall relations followed.

"Secretary Clinton's views on Russia were always a little harder-edged than President Obama's," said John Beyrle, Obama's first ambassador to Moscow. That partly reflected a "splitting up of responsibilities," he said. Obama cooperated with Medvedev; Clinton grappled with Lavrov and Putin.

"The reset was the right approach," said Thomas Graham, former Russia adviser under Bush's Republican administration. But he faulted Clinton and Obama's team for not doing more to "actively reach out to Putin and open lines of communication."