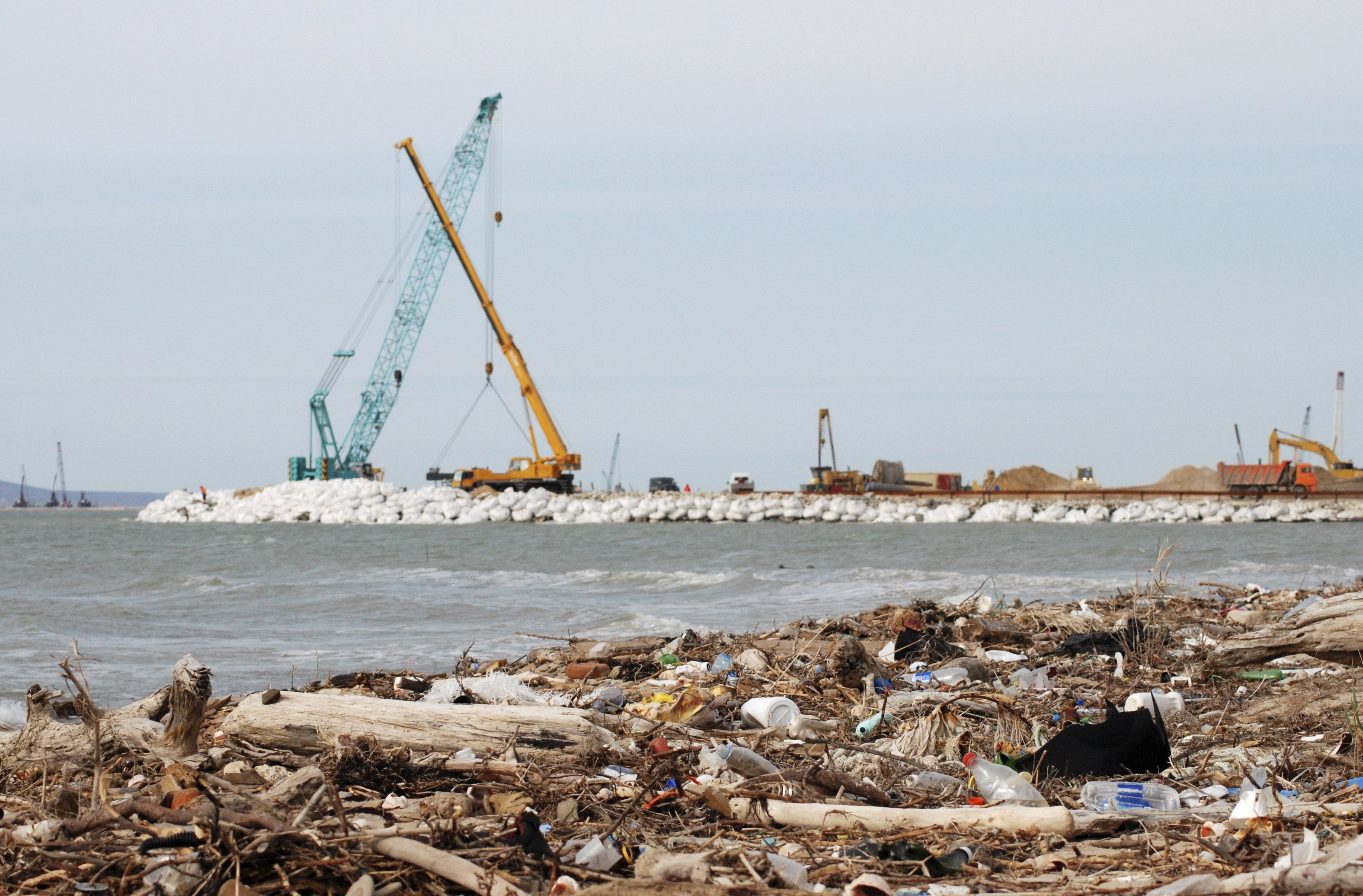 "An interdepartmental working group based on the federal bodies of executive power has been set up. Risk assessment is underway, to identify possible hazards that may emerge along the transport corridor," he said.

According to him, Rosgvardiya [the national guard] will protect the energy bridge to Crimea until it is decided who and how will deal with this issue on a permanent basis.

Read alsoU.S. says Russian jet flew 10ft from plane over Black SeaRussian edition Izvestiya earlier stated that the Russian Federal Service of National Guard troops began its work on creating a detachment of combat divers to protect the bridge across the Kerch Strait, which is still under construction, from possible terrorist attacks.

As UNIAN reported earlier, on April 5, Russian President Vladimir Putin announced on the establishment in Russia of the National Guard on the basis of the country’s internal forces. Viktor Zolotov, former chief of Putin’s Guard, was appointed Commander of the Federal Service of National Guard troops.

Earlier it was reported that the occupied Sevastopol was preparing for another "blackout": there is not enough electric power from Russia’s mainland in winter.