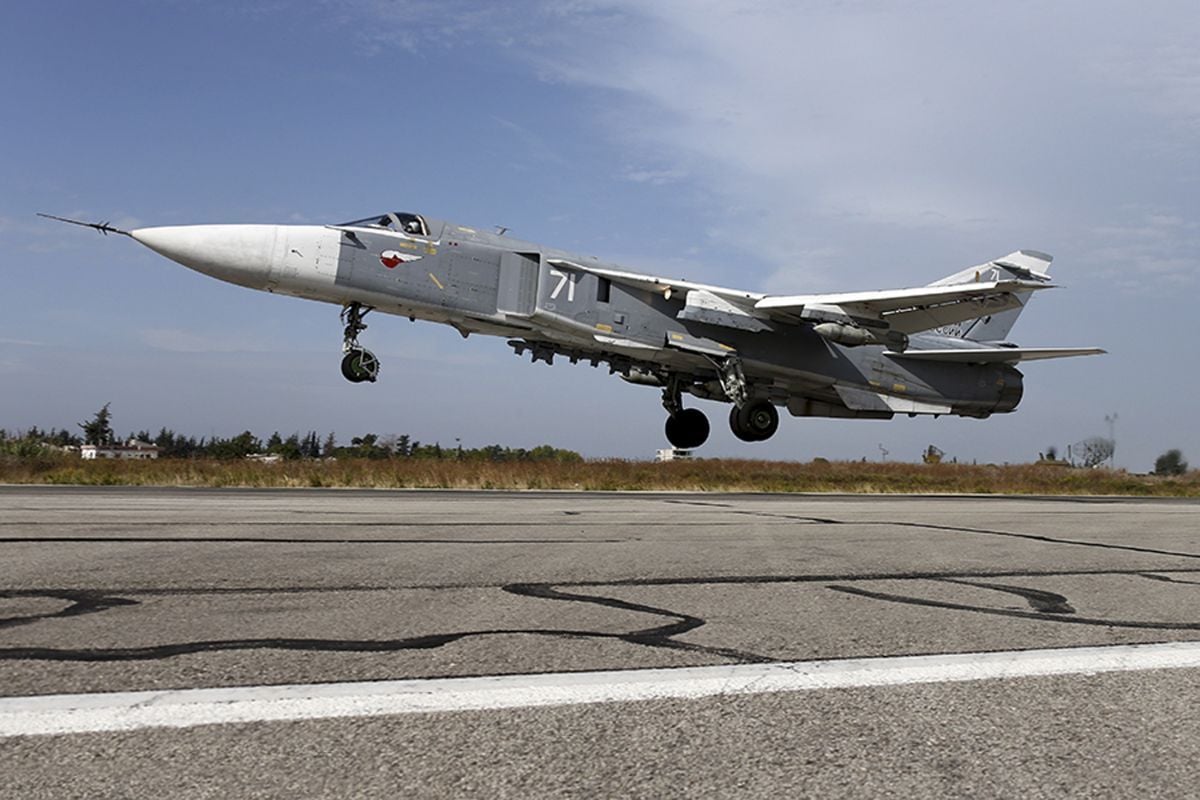 Despite the military blame game over Monday's deadly attack, diplomats struggled to save the U.S.-Russian ceasefire agreement that took effect on September 12, Reuters wrote.

The incident, in which 18 trucks from a 31-vehicle convoy were destroyed, looked likely to deal a death blow to diplomatic efforts to halt a civil war now in its sixth year.

Two Russian Sukhoi SU-24 warplanes were in the skies above the aid convoy at the exact time it was struck late on Monday, two U.S. officials told Reuters, citing U.S. intelligence that led them to conclude Russia was to blame.

Russia's foreign ministry spokeswoman denied the assertion, telling reporters at the United Nations the U.S. administration "has no facts" to support the claim, adding: "We have nothing to do with this situation."

Ben Rhodes, a deputy U.S. national security adviser, said the White House held Russia responsible for what he called an "enormous humanitarian tragedy" but he did not address whether the attack was carried out by Russian aircraft.

Earlier Russia, which denied its aircraft or those of its Syrian government allies were involved, had said it believed the convoy was not struck from the air at all but had caught fire because of some incident on the ground.

The Syrian Red Crescent said the head of one of its local offices and "around 20 civilians" had been killed, although other death tolls differed. The attack prompted the United Nations to suspend all aid shipments into Syria.

Senior officials from 23 nations emerged from a one-hour meeting on Syria at a New York luxury hotel with little more than an agreement to meet again, on Friday, about how to end a conflict that has killed hundreds of thousands and driven millions from their homes.

They also differed on the chances of renewing the ceasefire.

"The ceasefire is not dead," U.S. Secretary of State John Kerry said after the meeting, which he hosted with Russian Foreign Minister Sergei Lavrov.

"Is there still a chance this ceasefire will be effective? I can't answer that question," French Foreign Minister Jean-Marc Ayrault told reporters. He said that without a ceasefire there would be a "spiral of war, but we have to be honest, the U.S.-Russian negotiation has reached its limits."

The U.N. Security Council is due to hold a high-level meeting on Syria on Wednesday.

The United Nations, Red Cross and United States had all described Monday's incident as an air strike, implicitly pinning the blame on Russian or Syrian aircraft that fly in the area for breaking the ceasefire with an attack on a humanitarian target.

But the U.N. revised a statement to remove the phrase "air strikes" and replace it with references to unspecified "attacks". U.N. humanitarian spokesman Jens Laerke said the original reference to air strikes was probably a drafting error, saying the U.N. was not in a position to determine if they were air strikes but was sure the convoy was "attacked."

The ceasefire was meant to halt all fighting and allow aid to reach besieged areas, at a time when pro-government forces, with Russian and Iranian military support, are in their strongest position for years and civilians in many rebel-held areas are cut off from food and medical supplies.

"If this callous attack is found to be a deliberate targeting of humanitarians, it would amount to a war crime," U.N. aid chief Stephen O'Brien said in a statement.

Igor Konashenkov, a spokesman for Russia's Defence Ministry, said in a statement: "We have studied video footage from the scene from so-called 'activists' in detail and did not find any evidence that the convoy had been struck by ordnance."

"There are no craters and the exterior of the vehicles do not have the kind of damage consistent with blasts caused by bombs dropped from the air."

He said the damage to the convoy visible in footage was caused by its cargo catching fire. It had occurred at the same time as militants from the group formerly called the Nusra Front had started a big offensive in nearby Aleppo, he said, appearing to point the finger at rescue workers from a group called the "White Helmets" who filmed the aftermath.

Read alsoReuters: Moscow says strikes on Syria army threaten U.S.-Russia ceasefire plan"Only representatives of the 'White Helmets' organization close to the Nusra Front who, as always, found themselves at the right time in the right place by chance with their video cameras can answer who did this and why."

Hussein Badawi, head of the White Helmets in the town, said he was 100 metres (yards) from the aid depot when the air strikes took place and was injured by shrapnel in the hand.

"There were fires, martyrs, wounded people. We were able to pull out four survivors and five dead bodies at first," Badawi said. "The bombardment was continuous, continuous. The rescue teams weren't even able to work. Those who arrived in ambulances couldn't come in."

The ceasefire deal was a gamble on unprecedented cooperation between the United States and Russia, despite trust between the two Cold War-era foes being at its lowest point for decades.

They support opposite sides in the war between Assad's government and insurgents but are both fighting against Islamic State militants. The deal calls for Washington and Moscow to share targeting information eventually.

Following Monday's attack, there were reports of intensified clashes across Syria.

The Syrian Observatory for Human Rights, a Britain-based monitor of the war, said clashes took place between the army and rebels in the Jobar district of Damascus and areas northeast of the capital, after the army tried to advance.

Near the central city of Homs, the army shelled one village, while helicopters and warplanes bombed several other places, including the rebel-held town of Rastan, it said.