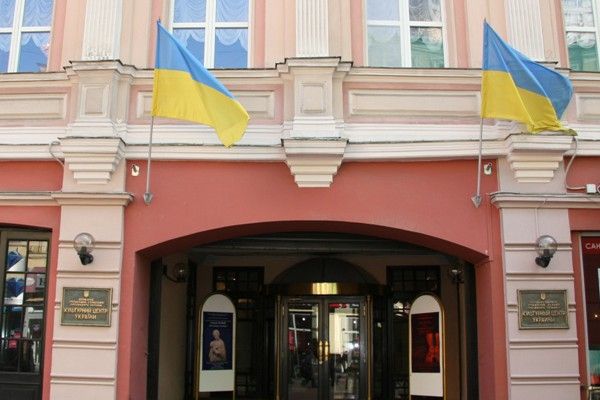 The facility’s employees from among the Russian citizens did not let Volodymyr Ionov and the Ukrainian journalists inside the building claiming that they did not recognize the decisions of the Ukrainian authorities.

Volodymyr Shreyder, the representative of Ukraine’s ombudswoman to Russia, said it was the employees who supported the Donbas militants who had blocked the doors.

"This is that one separatist who was screaming that people shouldn’t speak Ukrainian in the Center, the one who demanded from me to stop presenting my Ukrainian official ID inside the building,” he said.

Read alsoLeader of anti-Maidan organization Oplot Yevgeny Zhilin killed in Moscow restaurant - mediaAccording to the official, the move of the Russian staff is most likely caused by the fact that the organization’s office (4,000 square meters) is located in the center of Moscow, where the rent rates are sky high.

"The situation is simple – the leadership of the Center has been here for over 15 years. To say that they are corrupt is to say nothing. It's just that the building stands in the center of Moscow, and there is money flow from the rent, but part of it is recorded, while another part goes under the table. They do not recognize the new director, the adequate one, who was sent from Kyiv. They physically threaten him. Yesterday, while we had a meeting, they changed the locks to his office so that he could not get in," Shreydler said.

In turn, General Director of the Ukrainian Cultural Center in Moscow Volodymyr Ionov said, due to the fact that, according to a bilateral agreement, the center works under Russian law, he cannot fire the staff who block his work.

Read alsoRussia intends to dissolve Moscow-based Library of Ukrainian Literature"Recently, some workers here had in their offices some red flags and portraits of some of the leaders of the Russian Federation. They say, it’s their ideology," said Ionov.

"I think that many of the employees who have been working here consider the Center as their private property, they seem to have forgotten that it is a public institution of the state Ukraine. I, as the CEO, was appointed by the state Ukraine but I cannot get inside," said Ionov.