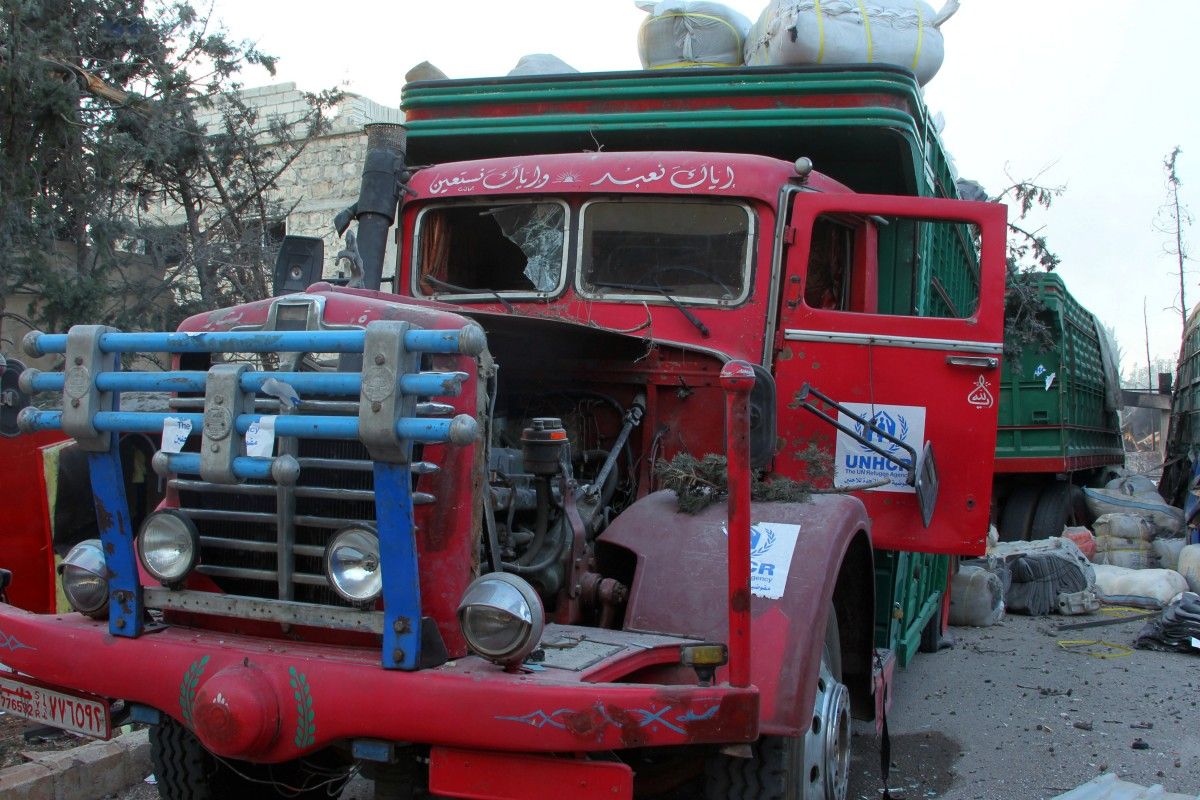 Since the post was published the Bellingcat team has been in touch with the Syrian Civil Defence unit closest to the attacked site, who recovered and photographed two pieces of debris. 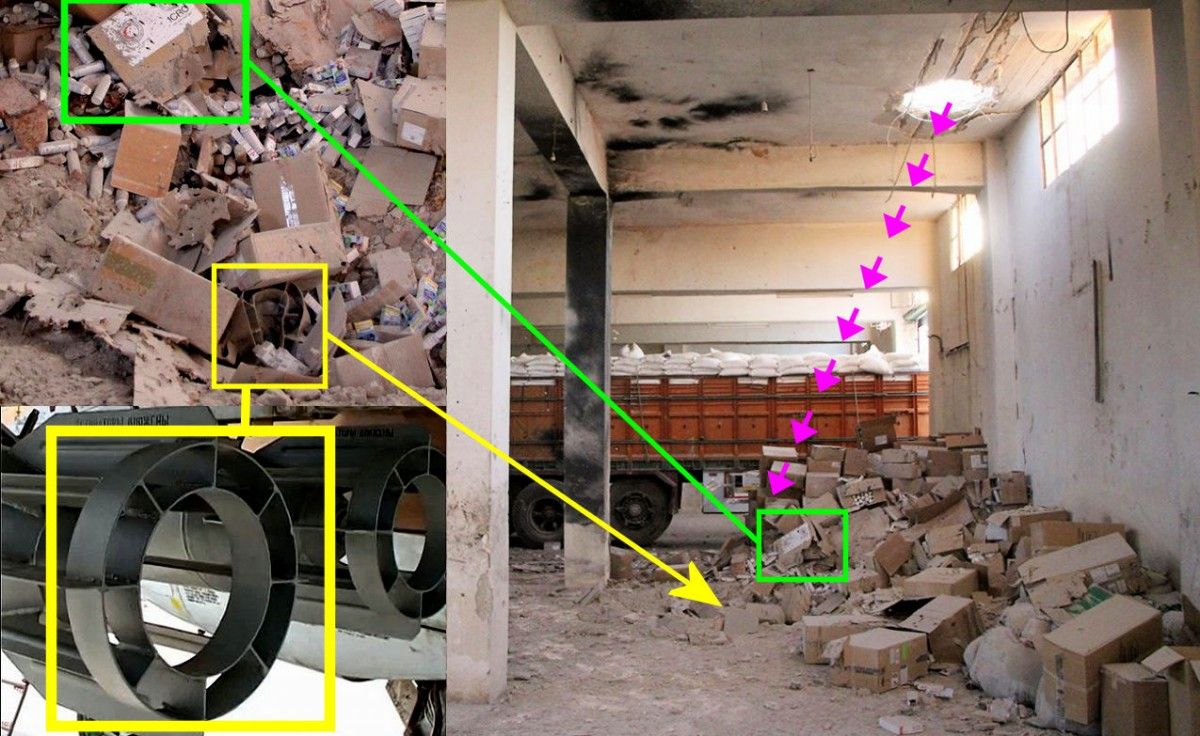 In addition, an image showing the location of the debris was published, showing the likely entry point of the munition. 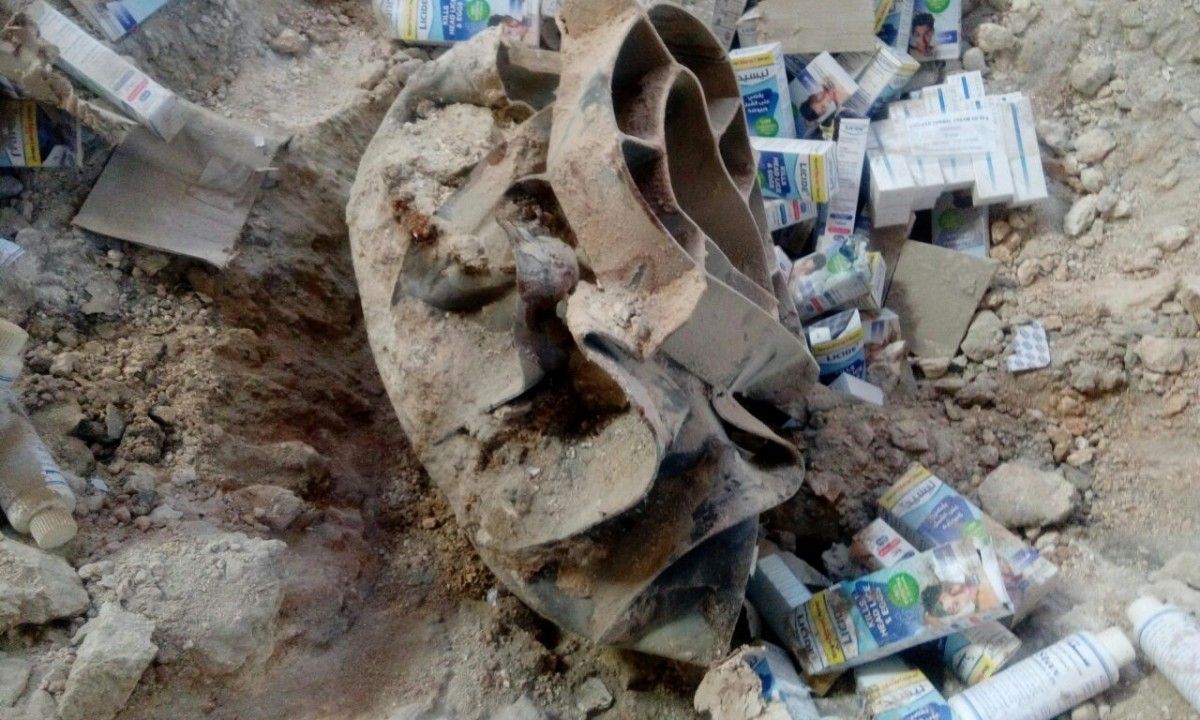 Based on this it is possible to make an accurate identification of the munition debris recovered as coming from the tail section of an OFAB 250-270 high explosive fragmentation bomb.

OFAB 250-270s are unguided bombs previously documented as being used by both the Syrian and Russian air forces extensively in their bombing campaigns in Syria. These bombs, originating from the weapons factories of the USSR and Russian Federation, are not used by aircraft manufactured by NATO countries, nor are they used by Predator drones.

The identity of the bomb is clear from the above comparison, the only question that remains is whether it was Russian or Syrian aircraft that dropped it on the Syrian Red Crescent aid convoy.