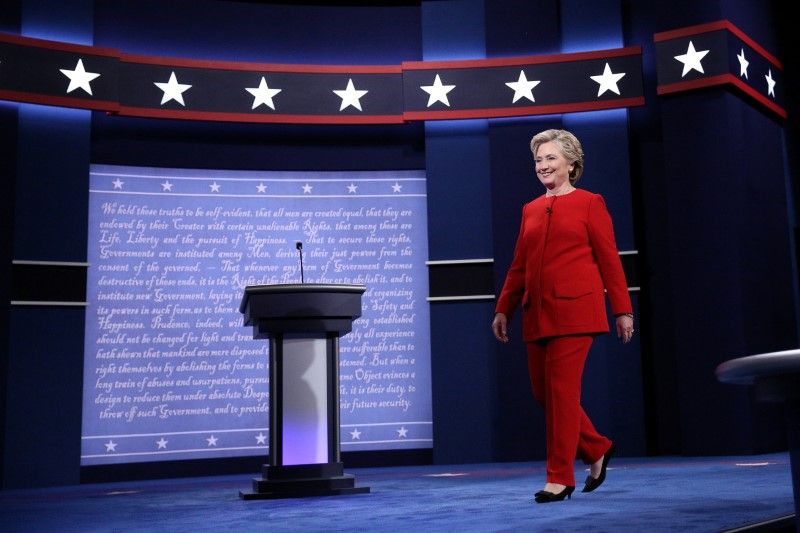 "I think cyber security, cyber warfare will be one of the biggest challenges facing the next president, because clearly we're facing at this point two different kinds of adversaries. There are the independent hacking groups that do it mostly for commercial reasons to try to steal information that they can use to make money. But increasingly, we are seeing cyber attacks coming from states, organs of states," Clinton said during the first televised debate with her opponent from the Republican Party Donald Trump that went down at Hofstra University (NY) and broadcast to a multimillion audience in the United States and worldwide.

Read alsoPoroshenko: Trump's words on possible recognition of Crimea as Russian territory nothing but "campaign rhetoric""The most recent and troubling of these has been Russia. There's no doubt now that Russia has used cyber attacks against all kinds of organizations in our country, and I am deeply concerned about this. I know Donald's very praiseworthy of Vladimir Putin, but Putin is playing a really tough, long game here," she said. "And one of the things he's done is to let loose cyber attackers to hack into government files, to hack into personal files, hack into the Democratic National Committee. And we recently have learned that, you know, that this is one of their preferred methods of trying to wreak havoc and collect information."

Read alsoTrump: "We cannot be policemen of the world""We need to make it very clear – whether it's Russia, China, Iran or anybody else – the United States has much greater capacity. And we are not going to sit idly by and permit state actors to go after our information, our private-sector information or our public-sector information," Clinton added.

Full video of the debate is available on several resources including Vox.com.