The investigation came to a conclusion that the MH17 was hit by a Buk 9M38 series missile, launched by a Buk anti-aircraft system, brought into Ukraine from Russia and then transported back to the Russian Federation, that’s according to Wilbert Paulissen of the JIT.

According to him, the investigation ascertained Buk’s transportation route, concluding that the area where the launch site was located was under the control of pro-Russian militants, within a 6 km radius from the village of Snizhne in Donetsk region. 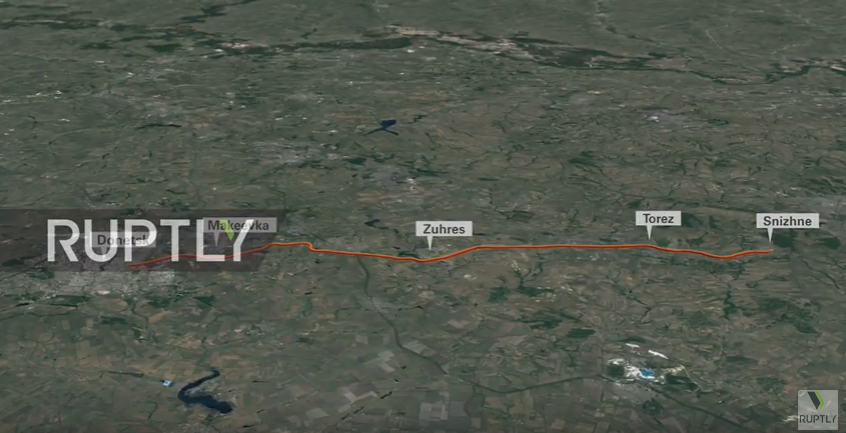 Route of trailer with Buk to Snizhne / screenshot from the broadcast

According to the investigators, Buk crossed the border between Russia and Ukraine along with a group of separatists, according to Meduza. The launcher was towed on a white Volvo trailer truck, as seen in numerous photos and videos. 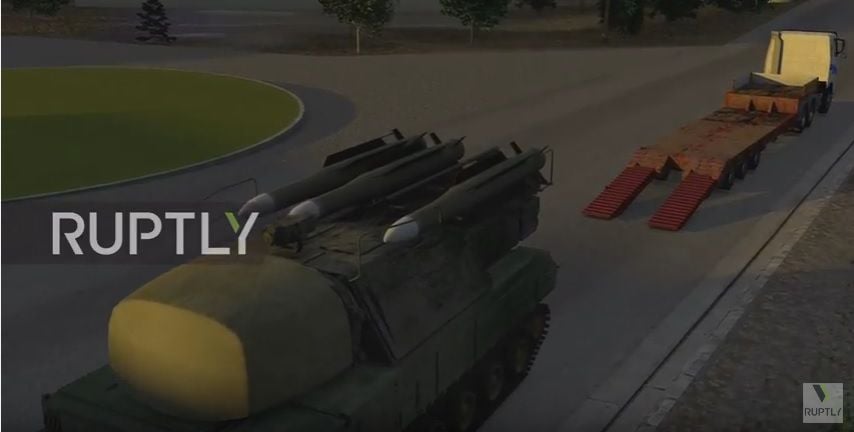 Modeling of Buk transportation / screenshot from the broadcast

In particular, people saw the convoy in Donetsk and on highways outside the city. After that, the convoy reached Snizhne, which was also depicted in photos, and then the launcher was unloaded from the trailer.

Witness accounts and several pictures allowed the investigators to determine the exact spot of the launch and even see its aftermath – a thick white trace leading from the ground into the sky and burnt grass and ground on the field.

After the launch, Buk was loaded back onto the Volvo trailer and moved toward Krasniy Luch, Debaltseve and Luhansk. Route 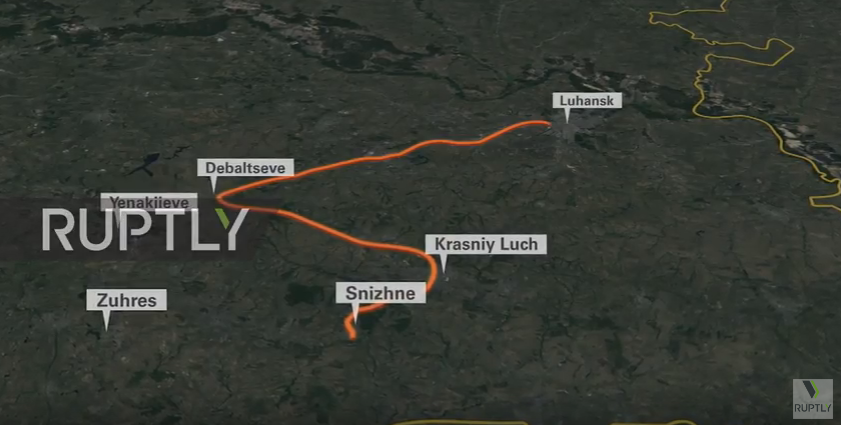 Buk on route from Snizhne / screenshot from the broadcast

According to the report, after the Buk launcher was spotted in Luhansk, it was transported back to Russia, successfully crossing the border, which is also confirmed by the intercepted telephone conversations.

As UNIAN reported earlier, according to the report, the JIT concluded that the Malaysian Airlines Boeing flight MH17 had been downed by a Buk 9M38 series missile launched close to the village of Pervomaisky, from the territory controlled by pro-Russian militants at the time of the tragedy.