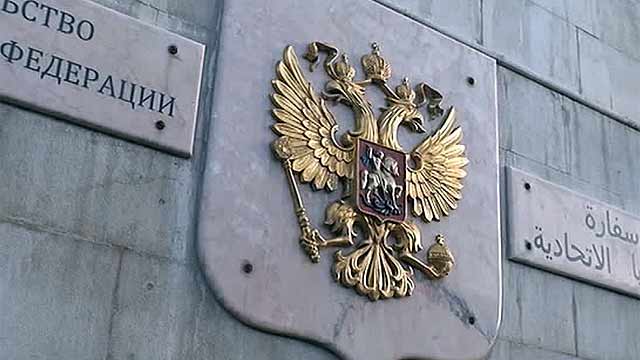 "On October 3, the Russian diplomatic mission in Damascus came under a mortar attack. One of the shells hit in the embassy's territory near the residential compound," the Foreign Ministry said in a commentary. "By sheer coincidence none of the embassy staff was hurt. The building suffered damage. Two mines exploded near the embassy," TASS reported.

Read alsoU.S. suspends bilateral talks with Russia on Syria"We regard the shelling of the Russian embassy in Damascus as a consequence following actions by those who, like the United States and some of its allies, provoke continuation of the bloody conflict in Syria by flirting with militants and extremists of all sorts," the Russian Foreign Ministry said.

Moscow is certain that the international community should present a common front in response to provocative criminal actions.

"We will be taking all necessary actions for the sake of eliminating the terrorist threat and restoring peace and security to Syrian soil," the Russian Foreign Ministry said.