The Syrian opposition has called on the European Union to sanction Russia for what it says are war crimes in Syria, according to Anadolu Agency. 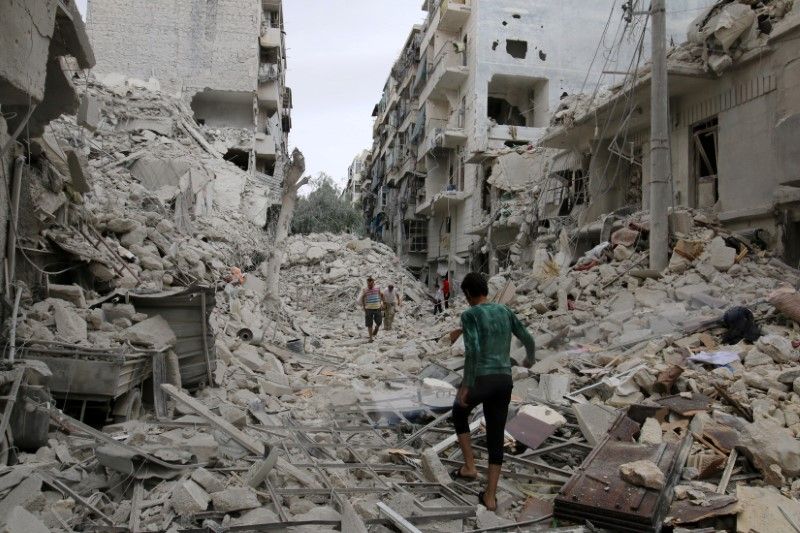 "Advanced Russian weaponry, including 'Bunker Buster' bombs used against civilian and medical infrastructure are causing unprecedented destruction and civilian casualties, particularly in Eastern Aleppo. At least 400 civilians have been killed there since the start of the regime's and Russia's indiscriminate bombardment campaign" Kodmani said in a statement.

"Russia has repeatedly failed to abide by international law in Syria. And it has shown complete disregard for a genuine diplomatic solution to the conflict. Without consequences for its role in indiscriminately killing civilians, bombing humanitarian relief and targeting medical facilities in Aleppo and across Syria, Russia will continue its illegal campaign and provide cover for the regime's killing spree," the HNC member remarked.

Read alsoRussian, Syrian strikes in Syria demand war crimes probe - Kerry"The EU successfully sanctioned Russia over its role in Ukraine. It is also in Europe's interest to pursue all options to end the catastrophe in Syria and its global consequences: the refugee crisis and terror threat. The EU must urgently impose targeted sanctions against Russian officials and companies directly involved in the indiscriminate targeting of civilians, civilian infrastructure, and medical facilities, and those financially sustaining the Assad regime", Bassma Kodmani stated.

"Sanctions must go hand-in-hand with robust action to deter the indiscriminate killing of civilians. Declaring a nationwide no-bombing zone - which, if challenged, would lead to limited strikes from naval assets onto regime military targets - would constitute a credible deterrent. Not only will it save lives, but it is the only way to kick start a meaningful political process", Kodmani added.

The northern Syrian city of Aleppo – the country's largest city before the war – has been subject to an intense air campaign by Syrian and Russian warplanes amid clashes between forces allied to the Syrian regime and opposition forces.

Scores of civilians have reportedly been killed or injured in the attacks, which remain ongoing.

Syria has been locked in a vicious civil war since 2011, when the Bashar al-Assad regime cracked down on pro-democracy protests – which had erupted as part of the Arab Spring uprisings – with unexpected ferocity.

The Syrian Center for Policy Research, a Beirut-based nongovernmental organization, has put the death toll from the six-year-old conflict at more than 470,000.