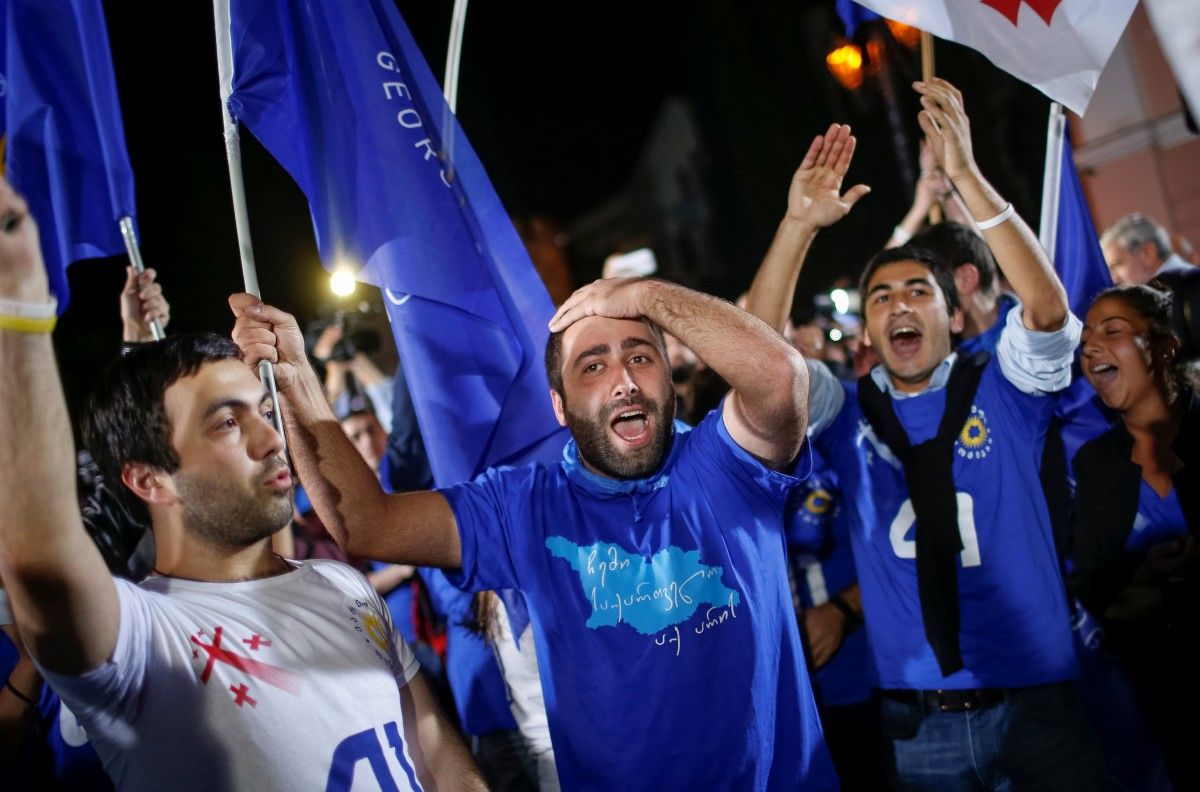 Criss-crossed by strategically important oil and gas pipelines and traditionally buffeted between Russia and the West, Georgia hopes to join the European Union and NATO one day even though that is something that Russia, its former colonial master, strongly opposes, as reported by Reuters.

A fifth of Georgian territory remains under the control of pro-Russian separatists following a short war with Russia in 2008 and the economy is emerging from a deep slowdown that has eroded living standards.

"I congratulate you with a big victory Georgia!" Prime Minister Georgy Kvirikashvili told jubilant supporters gathered outside the party's headquarters in Tbilisi, the capital.

Read alsoGeorgia's association agreement with EU enters into force"According to all preliminary results, Georgian Dream is leading with a big advantage," he said, as dozens of party members waved blue party flags and balloons.

Deputy Prime Minister Kakha Kaladze told Reuters the party's own data showed it had won around 59% of the vote.

Exit polls showed the pro-Russian Alliance of Patriots had also - just - cleared the five percent threshold needed to secure a place in the 150-seat parliament.