The U.S. military launched cruise missile strikes on Thursday to knock out three coastal radar sites in areas of Yemen controlled by Iran-aligned Houthi forces, retaliating after failed missile attacks this week on a U.S. Navy destroyer, U.S. officials said, according to Reuters. 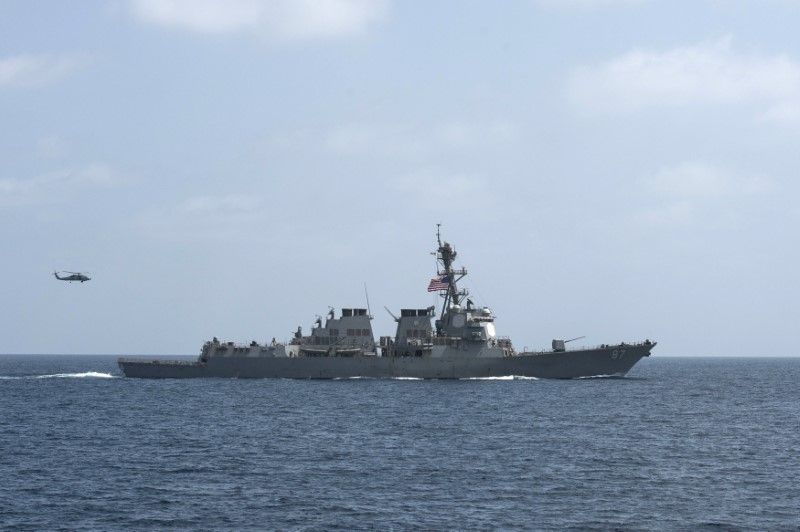 Still, the Pentagon appeared to stress the limited nature of the strikes, which were aimed at radar that enabled the launch of at least three missiles against the U.S. Navy destroyer USS Mason since Sunday.

"These limited self-defense strikes were conducted to protect our personnel, our ships, and our freedom of navigation," Pentagon spokesman Peter Cook said.

"These radars were active during previous attacks and attempted attacks on ships in the Red Sea," including the USS Mason, one of the officials said, adding the targeted radar sites were in remote areas where the risk of civilian casualties was low.

The official identified the areas in Yemen where the radar were located as: near Ras Isa, north of Mukha and near Khoka.

The failed missile attacks on the USS Mason - the latest of which took place on Wednesday - appeared to be part of the reaction to a suspected Saudi-led strike on mourners gathered in Yemen's Houthi-held capital Sanaa.

Michael Knights, an expert on Yemen's conflict at the Washington Institute for Near East Policy, suggested the Houthis, fighters from a Shi'ite sect, could be becoming more militarily aligned with groups such as Lebanon's Shi'ite militant group Hezbollah.

"Targeting U.S. warships is a sign that the Houthis have decided to join the axis of resistance that currently includes Lebanese Hezbollah, Hamas and Iran," Knight said.

The Houthis, who are battling the internationally-recognized government of Yemen President Abd Rabbu Mansour al-Hadi, denied any involvement in Sunday's attempt to strike the USS Mason.

But U.S. officials have told Reuters there were growing indications that Houthis fighters, or forces aligned with them, were responsible for Sunday's attempted strikes, in which two coastal cruise missiles designed to target ships failed to reach the destroyer.

The missile incidents, along with an Oct. 1 strike on a vessel from the United Arab Emirates, add to questions about safety of passage for military ships around the Bab al-Mandab Strait, one of the world's busiest shipping routes.

The Houthis, who are allied to Hadi's predecessor Ali Abdullah Saleh, have the support of many army units and control most of the north, including the capital, Sanaa.

The Pentagon warned against any future attacks.

"The United States will respond to any further threat to our ships and commercial traffic, as appropriate," Cook said.

Although Thursday's strikes against the radar aim to undercut the ability to track and target U.S. ships, the Houthis are still believed to possess missiles that could pose a threat.