The EU is not considering sanctions against Russia for its role in Syria but further measures against its ally Damascus are possible, the bloc's foreign affairs head Federica Mogherini said Monday, according to The Daily Mail. 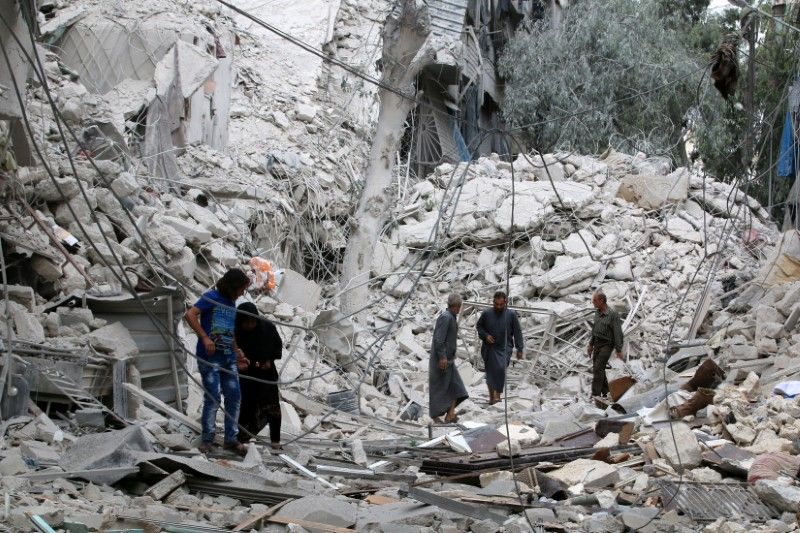 "This has not been proposed by any member state," Mogherini said as she arrived for a meeting of EU foreign ministers dominated by the Syrian crisis when asked about steps against Moscow, The Daily Mail reported.

"But we have sanctions on the Syrian regime... and there are discussions on that, for sure, (expanding) that could be possible," the former Italian foreign minister added.

Mogherini's comments came despite a warning by the United States and Britain on Sunday that Western allies were considering imposing sanctions against economic targets in Syria and Russia over the siege of Aleppo.

Read alsoWSJ: Europe's ties with Russia fray in face of Moscow's role in Aleppo bombingThe EU is already embroiled in an acrimonious stand-off complete with damaging sanctions against Russia over the Ukraine crisis, and many member states are reluctant to make matters worse by adding more.

"I do not think it would be fruitful if we discuss now for hours if and how and when we are going to decide on sanctions against Russia," Luxembourg Foreign Minister Jean Asselborn said.

"Firstly, we will not find a consensus and secondly I believe as well, that it is not the right time and it would be counter-productive," he said.

Others said it was imperative to increase the pressure on Russia and Syrian President Bashar al-Assad in order to halt the carnage in the country's second city Aleppo.

Read alsoIndependent: Russia 'in danger of becoming a pariah nation' - Boris JohnsonBritish Foreign Secretary Boris Johnson, who met Kerry on Sunday night, said events in Aleppo "should shame humanity" and that Monday's talks should focus on "how to keep the pressure on the Assad regime and its puppeteers, the Russians."

The EU already has extensive sanctions in place against Syria, including oil and arms embargoes, plus restrictions on more than 200 individuals and 70 entities.