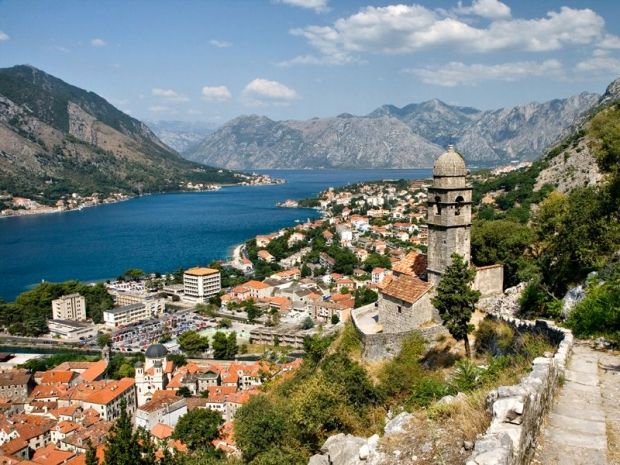 The suspects entered Montenegro from neighboring Serbia before being arrested and later accused the state prosecutor of planning to attack civilians and police officers before attempting to take over Parliament as well as capture the prime minister, according to the report by EFE.

"We suspect that the plan of the criminal organization was to conduct an armed attack on civilians and police who would be congregated outside Parliament as the election results were published," the prosecutor's statement said.

Read alsoMontenegro on its way to NATO despite Russia's discontentIt added that the group would then try to take Parliament with the aim of announcing victory for a per-determined party.

The detainees were members of paramilitary group, according to Antena M radio in Montenegro.

The state prosecutor said that the group leader arrived in Montenegro on Saturday and that the rest of the group were scattered throughout the capital Podgorica where they were organizing the attacks.

Preparations for Sunday's general elections continued despite the disruption.

It is to be the fourth general election in the country since it separated from its former union with Serbia in 2006.

Read alsoCzechs set up unit to counter perceived propaganda threat from Russian – ReutersFigures collected by the NGO Monitoring Center suggest that the electoral turnout so far is already higher than in the last election in 2012.

Having served as prime minister five times before, and once as president, political heavyweight and leader of the center-left Democratic Party of Socialists of Montenegro (DPS), Milo Djukanovic, is widely expected to win Sunday's vote.

However some experts have predicted that he will fall short of the required majority.

Some 529,000 eligible voters have been called to the polls to elect 81 lawmakers to Parliament, choosing from a spectrum of 17 different parties and coalitions.

Djukanovic has presented himself during the campaigns as a guarantor of stability and future membership of the European Union.

Indeed, the charismatic leader has said that these elections will decide whether the tiny Balkan country will become a member of the EU or remain a "colony" of Russia.

The principal opposition to the DPS are the conservative pro-Russia alliance, Democratic Front (DF) and the moderate Key Coalition.

The DF have said that if they win they will lift the sanctions imposed on Russia and withdraw the recognition of neighboring Kosovo's independence from Serbia.

The Key Coalition, formed by three like-minded parties, support entry into the EU but have reservations about Montenegro's relations with the North Atlantic Treaty Organization (NATO).