Twenty-five migrants were found dead in the bottom of a rubber boat in the Mediterranean, aid group Doctors Without Borders (MSF) said on Wednesday, as sea deaths look set to break last year's record, according to Reuters. 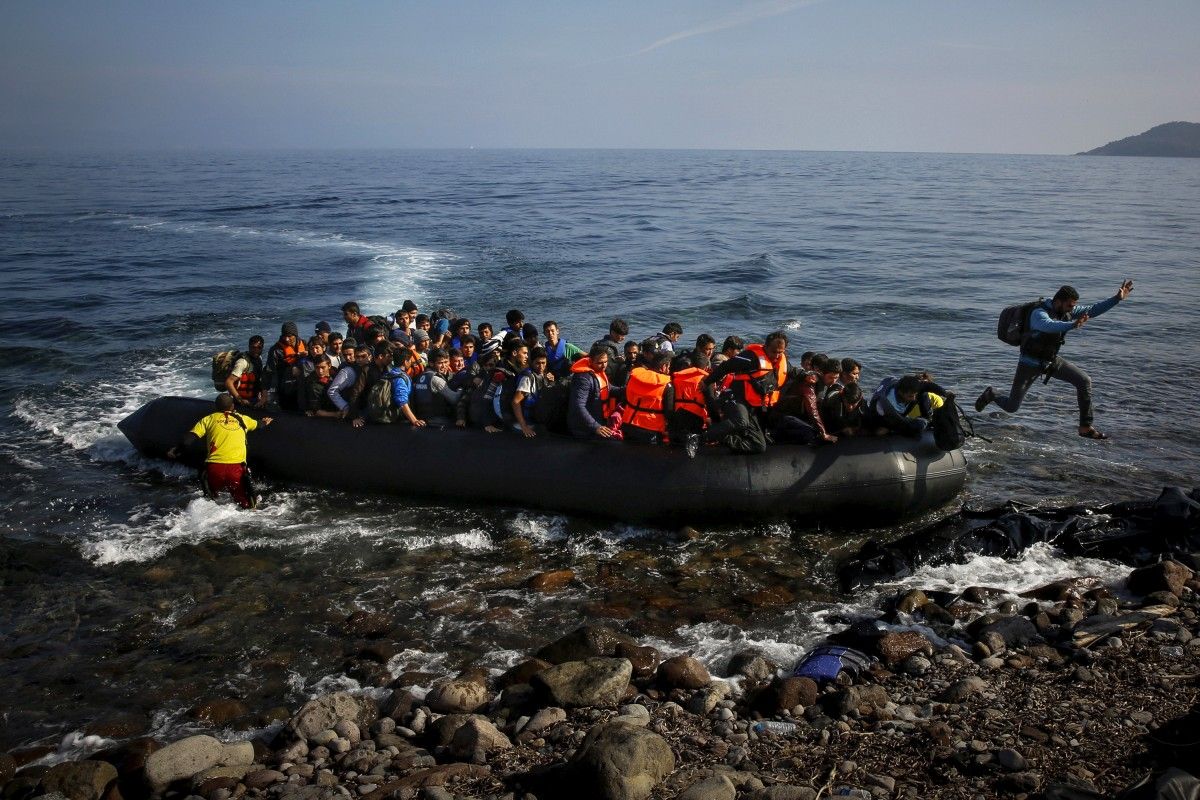 A boat with migrants at the Greek island of Lesbos / REUTERS

Rescuers found the dead, who had apparently suffocated after inhaling fuel, in a packed boat 26 miles from the coast of Libya that was also carrying 107 survivors, MSF said in a statement, Reuters wrote.

It took three hours to recover 11 of the trapped corpses, which were submerged in a mix of sea water and fuel, MSF said, so rescuers enlisted the help of Sea-Watch, another aid group.

MSF said its staff also saved 139 people from another raft in the area, and Sea Watch recovered one body in a separate operation.

More than 3,740 migrants have drowned on their way to Europe so far this year, nearly matching the death toll recorded for all of 2015 when three times as many people took to the seas, according to the United Nations refugee agency.

Read alsoItaly rescues around 1,100 migrants in MediterraneanAmong those rescued on Tuesday, 23 people had chemical burns, MSF said. Medical evacuation had to be arranged for seven of the injured, two of whom were taken to Italy by helicopter.

One young woman was intubated by the onboard medical team before being evacuated, to stabilize her condition.

"Sea rescue operations are becoming a race through a maritime graveyard and our rescue boats powerless to stop the loss of life," MSF said on Twitter.

A total 500 migrants were pulled to safety from overcrowded boats on Tuesday, according to the Italian Coast Guard, which coordinates rescue operations in the stretch of sea which has become the world's deadliest crossing point for migrants.

MSF's ship "Bourbon Argos" is due to bring 11 corpses and 246 survivors on Thursday to the port of Reggio Calabria in southern Italy.