A powerful 6.6-magnitude earthquake rocked central Italy on Sunday morning, according to the United States Geological Survey, in the strongest tremor to hit the country in 36 years, according to CNN. 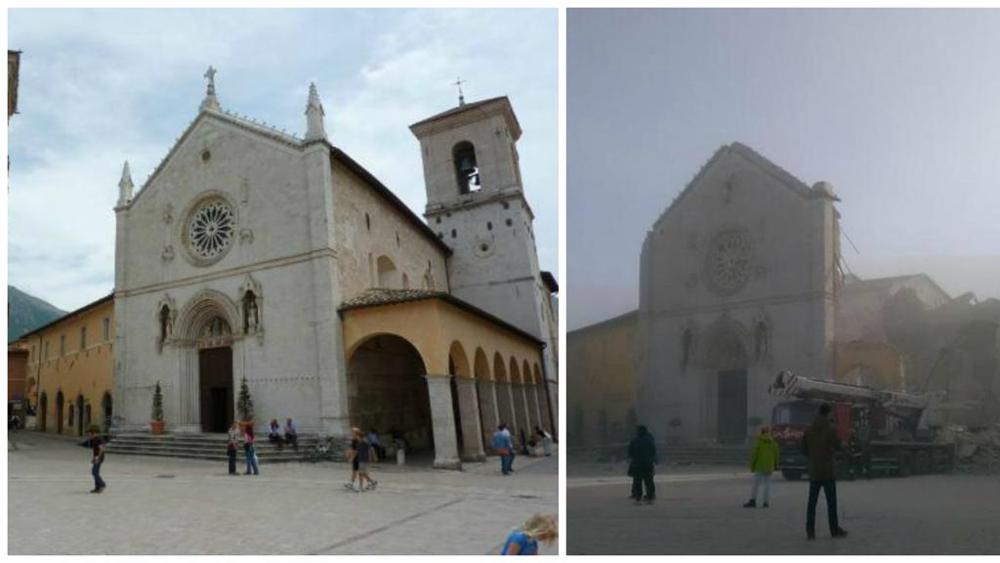 The much-visited Basilica of San Benedetto in Norcia was leveled at its core / Photo from lastampa.it

Residents ran onto the streets in a panic as the quake struck at 7:40 a.m. local time (2:40 am ET), and rescuers were seen in the area around crumbling historical buildings soon after the tremor hit, helping evacuate a group of nuns, CNN reported.

They worked through aftershocks that hit every 20 minutes or so.

Fire and rescue services said six people were pulled from rubble in Norcia, some 6 kilometers north of the epicenter. There were no immediate reports of deaths or serious injuries.

Many residents in the region had already evacuated to emergency camps and hotel rooms paid for by the government after the tremors just days ago, and schools had shut down in anticipation of powerful aftershocks.

Sunday's earthquake struck at a depth of 10 kilometers (6.2 miles), according to USGS, making the epicenter relatively shallow. Generally, the more shallow the epicenter, the more a quake is felt at the earth's surface, and the more damage it is likely to cause.

Initial images of damage to historical buildings from Sunday's quake show devastation in some parts. Many building had not yet been reinforced since the earlier quakes. The much-visited Basilica of San Benedetto in Norcia was leveled at its core, only its facade still somewhat intact.

Read alsoItaly earthquake: Strong tremor shakes Rome buildings – the BBCTwo earthquakes on Wednesday – which had magnitudes of 5.5 and 6.1 – did not result in any reported deaths. But the destruction of nearby historic structures was widely seen as a loss to cultural heritage.

Powerful tremors on Wednesday and Thursday happened about 50 miles north of where a devastating quake killed nearly 300 people in August.