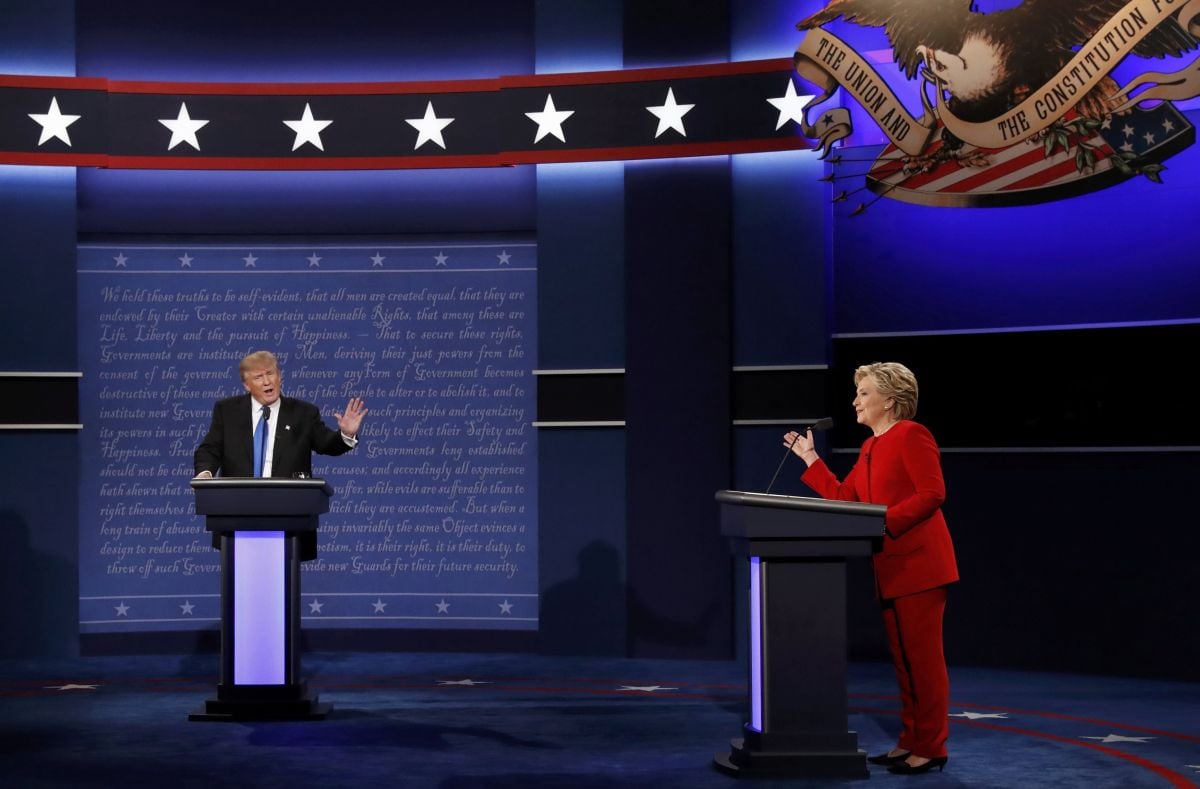 Other polls have shown Clinton's lead slipping more sharply. Real Clear Politics, which averages the results of most major polls, shows that Clinton's lead has declined from 4.6 points on Friday to 2.5 points on Monday.

Federal Bureau of Investigation Director James Comey told Congress in a letter made public on Friday that his agency was looking into new emails that may be connected to Clinton, who had been probed by the FBI over her use of a private server and how she handled classified information while America's top diplomat.

The FBI has revealed very little to the public about the new emails under investigation, except that they were uncovered during an unrelated investigation into the estranged husband of a top Clinton aide.

In July, Comey concluded that Clinton and her staff were "extremely careless" with their handling of classified information, but that there was not enough evidence to bring criminal charges. On Friday, Comey told Congress, "We don't know the significance of this newly discovered collection of emails."

Read alsoSenator claims ‘coordination’ between Donald Trump, RussiaThe polling determines likely voters according to a number of factors including voting history, registration status and stated intention to vote. It assumes that 60% of eligible Americans will vote. The result of the 2016 election will vary greatly depending on how many voters actually cast a ballot.

Currently, Clinton leads Trump in both high and low turnout scenarios, according to the latest poll. Her advantage holds at 5 points if 55% of eligible voters participate, and it rises to 6 points if 70% of Americans cast a ballot.

The Reuters/Ipsos poll was conducted online in English in all 50 states. It included 1,264 people who were considered likely voters under the assumption that 60% of eligible voters would participate. The poll has a credibility interval, a measure of accuracy, of 3 percentage points.