Reuters: Trump, Clinton blast each other on character; Clinton rises in poll 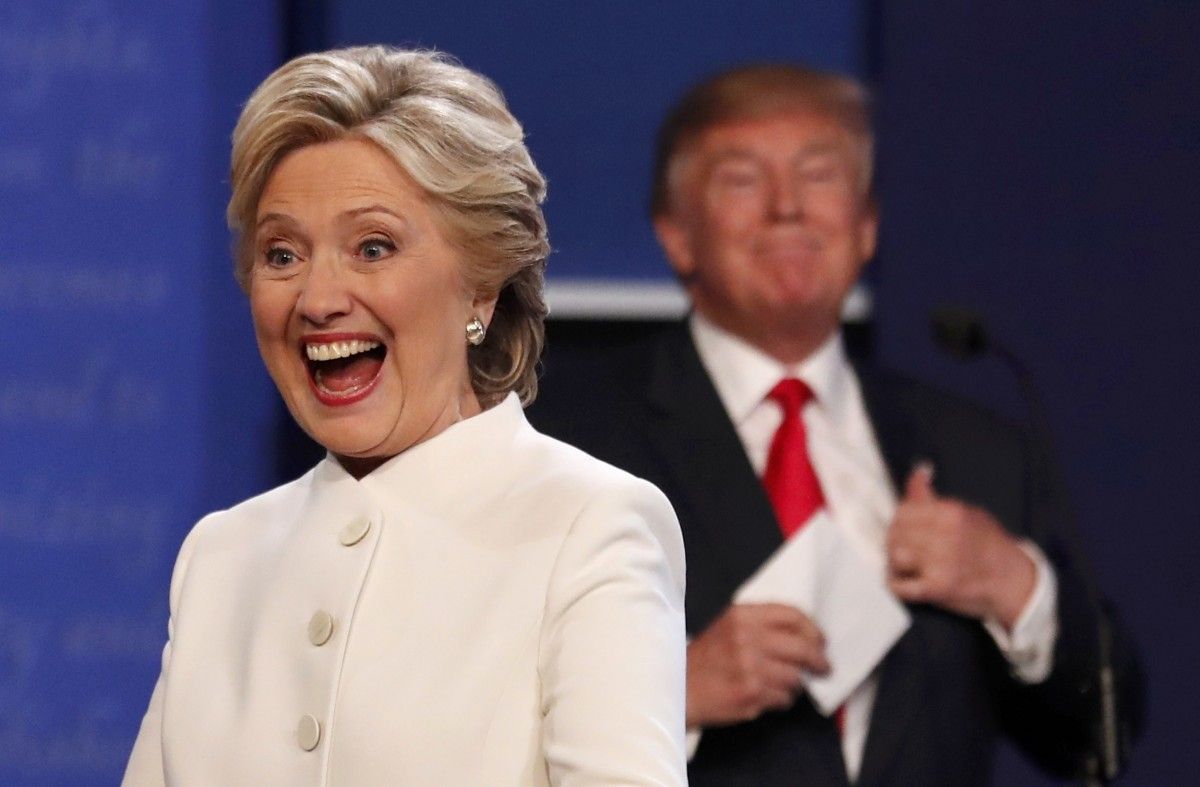 Many national polls have shown Clinton's lead over Trump narrowing since the re-emergence Friday of a controversy over her use of a private email while secretary of state, Reuters wrote.

But the latest Reuters/Ipsos daily tracking poll released on Wednesday showed Clinton's lead over Trump rising back up to 6 percentage points, the same advantage she held before the FBI announcement related to her email practices.

Read alsoLeading Democrat blasts FBI 'double standards' over Clinton emailsSigns of a tightening race have rattled financial markets as investors started to factor in the possibility that the New York businessman might pull off a victory on Nov. 8.

World stocks, the dollar and oil fell on Wednesday, while safe-haven assets such as gold and the Swiss franc rose. Clinton has been regarded as the candidate who would maintain the status quo, an important factor to financial markets, which generally do not like uncertainty.

Read alsoReuters: Oil prices rise on Nigeria pipeline attack, weaker dollarInvestor anxiety has deepened in recent days over a possible Trump victory given uncertainty about his stance on issues including foreign policy, trade relations and immigrants.

Trump, who has never previously run for elected office, has run an unorthodox campaign, with policy proposals including reviewing trade pacts such as the North American Free Trade Agreement and imposing a temporary ban on Muslims seeking to enter the country.

Currency traders have sold the dollar this week in part because they suspect Trump would prefer a weaker dollar given his protectionist stance on international trade, and in part because the uncertainty surrounding a Trump win might lead to a more dovish stance from the Federal Reserve in the months ahead, instead of the interest rate hike that many expect by year-end. A rise in U.S. interest rates would make the dollar, and dollar-denominated assets, more attractive to investors.

A Reuters equity market poll last month showed a majority of forecasters predicted that U.S. stocks would perform better under a Clinton presidency than a Trump administration.

An average of polls compiled by the RealClearPolitics website showed Clinton just 1.7 percent ahead of Trump nationally on Wednesday, with 47 percent support to his 45.3 percent.

Clinton's position is stronger than national polls imply given that the race is decided by the Electoral College system of tallying wins on a state-by-state basis. Winning the presidency requires a majority of 270 electoral votes, and Democrats have a built-in advantage with large states such as California and New York traditionally voting Democratic.

Clinton looked likely to win at least 226 electoral votes, meaning she would need to pick up votes in "toss-up" states such as Florida, North Carolina, Virginia, Ohio, Iowa, Arizona, Colorado and Nevada, according to estimates by RealClearPolitics on Wednesday afternoon.

Trump, on the other hand, has a steeper path to climb, looking likely to win 180 electoral votes, meaning he needs more votes from the battleground states, the website showed.

Both candidates are focusing their final campaign efforts on those crucial states.

Trump and Clinton have campaigned intensively in recent weeks in Florida, which yields a rich haul of 29 electoral votes. A RealClearPolitics average of polls in the state puts Trump 0.7 point ahead of Clinton.