Nationalists and government supporters are marching through the streets of Moscow as Russia marks National Unity Day, a holiday established by the Kremlin more than 10 years ago to replace communist-era celebrations of the Bolshevik Revolution anniversary, according to Radio Liberty. 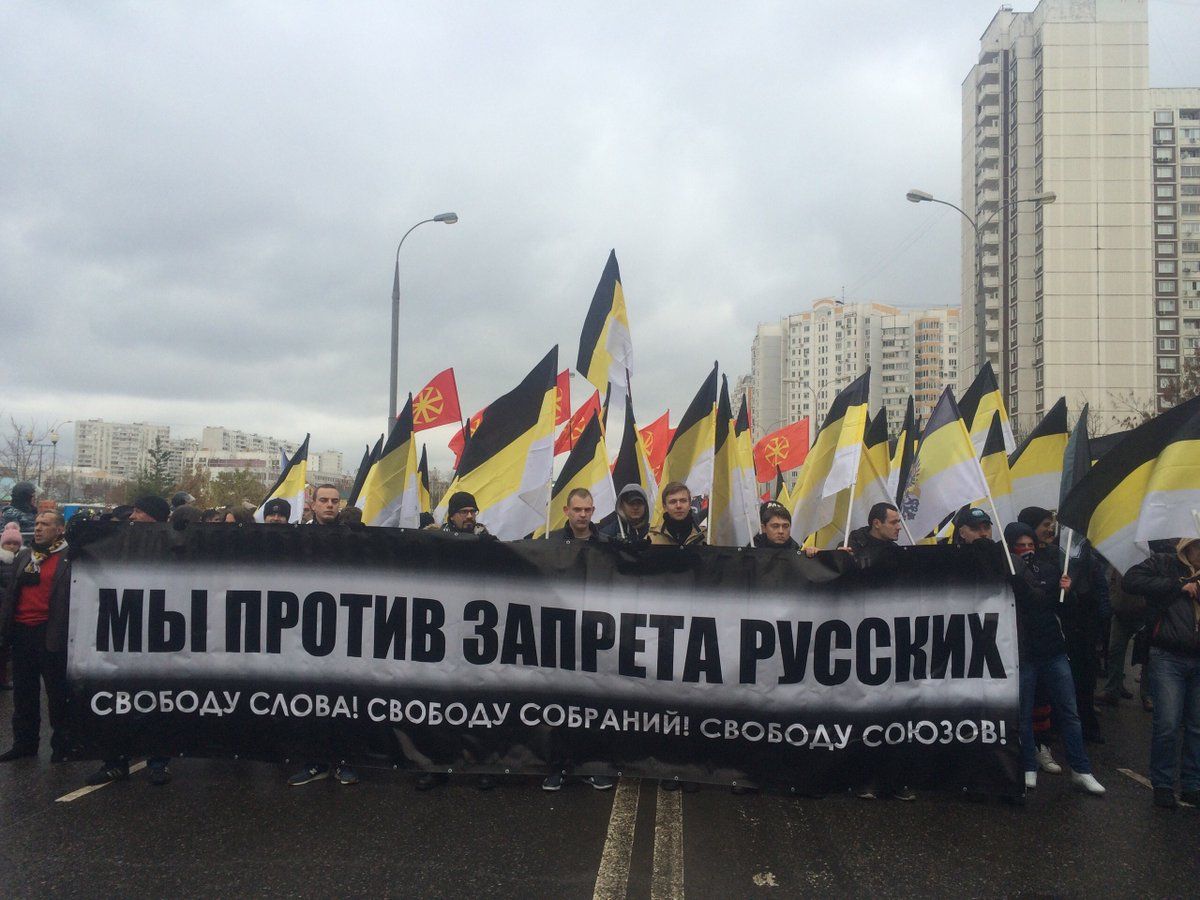 Marchers from mainly pro-government groups and mainstream political parties, many carrying banners and Russian flags, made their way down the central Tverskaya Street on November 4. Authorities put the size of the crowd at about 80,000, RFE/RL reports.

There was a heavy police presence in the Russian capital, with metal barriers sealing off side streets. Nationalists and monarchists planned separate marches and rallies in outlying districts of Moscow, and gatherings were also being held in cities across Russia.

President Vladimir Putin is expected to unveil near the Kremlin a statue of Grand Prince Vladimir, who, according to legend, converted eastern Slavs to Orthodox Christianity in 988 when he was ruler of Kievan Rus.

Ahead of the holiday, Putin urged lawmakers to craft federal legislation on the "Russian nation," in what analysts say is an effort to project an image of unity among Russia's diverse peoples. The giant country has a large Muslim minority and a wide variety of ethnic groups.

National Unity Day is a national holiday created by Putin in 2005 to celebrate a Russian victory over Polish forces in 1612. It took the place of Soviet-era commemorations of the 1917 Bolshevik Revolution, which were held on November 7.

During the pro-government march, some participants held up placards like "Russia Peace Unity" and "When We're United, We're Unbeatable."

Also visible were banners of the orange-and-black St. George ribbon, which the state has promoted as a patriotic symbol but which many Kremlin critics and people in neighboring countries now associate with Russian military aggression and in particular the war Russia-backed separatists are waging against government forces in eastern Ukraine.

A balloon, several meters in diameter and emblazoned with the word "Antimaidan" – a sign of opposition to Ukraine's Euromaidan protest movement, which drove Russia-friendly President Viktor Yanukovych from power in 2014 – floated above the procession.

Read alsoRussia makes U-turn after evicting Amnesty from Moscow officeAnalysts say there is little enthusiasm among ordinary Russians for the holiday, with many turning out for rallies organized by the state or its supporters only after pressure at work. Others have admitted in the past to being paid to attend such rallies.

Three Uzbek migrant workers at the march on Tverskaya Street told RFE/RL that they did not receive money for turning up for this year's festivities, but added they had been paid in the past for taking part in rallies.

A tweet from the Russian Embassy in the United Kingdom said, "Our congrats to compatriots and colleagues on National Unity Day," and included a drawing featuring matryoshka dolls, bears, balalaikas, and vodka bottles – as well as fur hats with the Soviet red star.

Putin attended the unveiling of the statue of Grand Prince Vladimir on Borovitskaya Square along with Prime Minister Dmitry Medvedev and other senior officials, underscoring the symbolic importance Moscow places on the event.

Grand Prince Vladimir – Volodymyr in Ukrainian – is a key part of the current struggle between Moscow and Kyiv.

He ruled Kievan Rus from Kyiv, the cradle of Russian civilization and the capital of Ukraine, and is a patron saint in both countries.

He has long been seen, however, as belonging to Kyiv, where a soaring statue has been a chief symbol of the city since it was erected on "Volodymyr's Hill," overlooking the Dnipro River, in 1853.