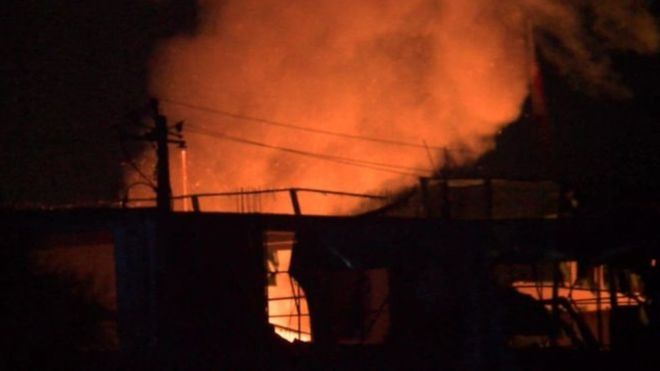 The attack comes seven days after a joint Afghan-U.S. battle against the Taliban in the northern district of Kunduz that killed 30 civilians as well as two U.S. soldiers and 26 militants, according to CNN.

A provincial spokesman said Friday four people were killed and more than 100 people were injured when the attack happened at 22:45 in Mazar-e-Sharif, the provincial capital. Deutsche Welle reported that the death toll rose to six people.

No German diplomats were hurt.

Read alsoUK troops to be protected from "spurious legal claims""I deeply regret the loss of innocent lives, regardless of the circumstances," Gen. John W. Nicholson, commander of US forces in Afghanistan, said in a statement Saturday.

The troops came under fire during what the U.S. military said was a mission to train, advise and assist its Afghan partners in clearing a Taliban position and disrupting the organization's operations in Kunduz district.