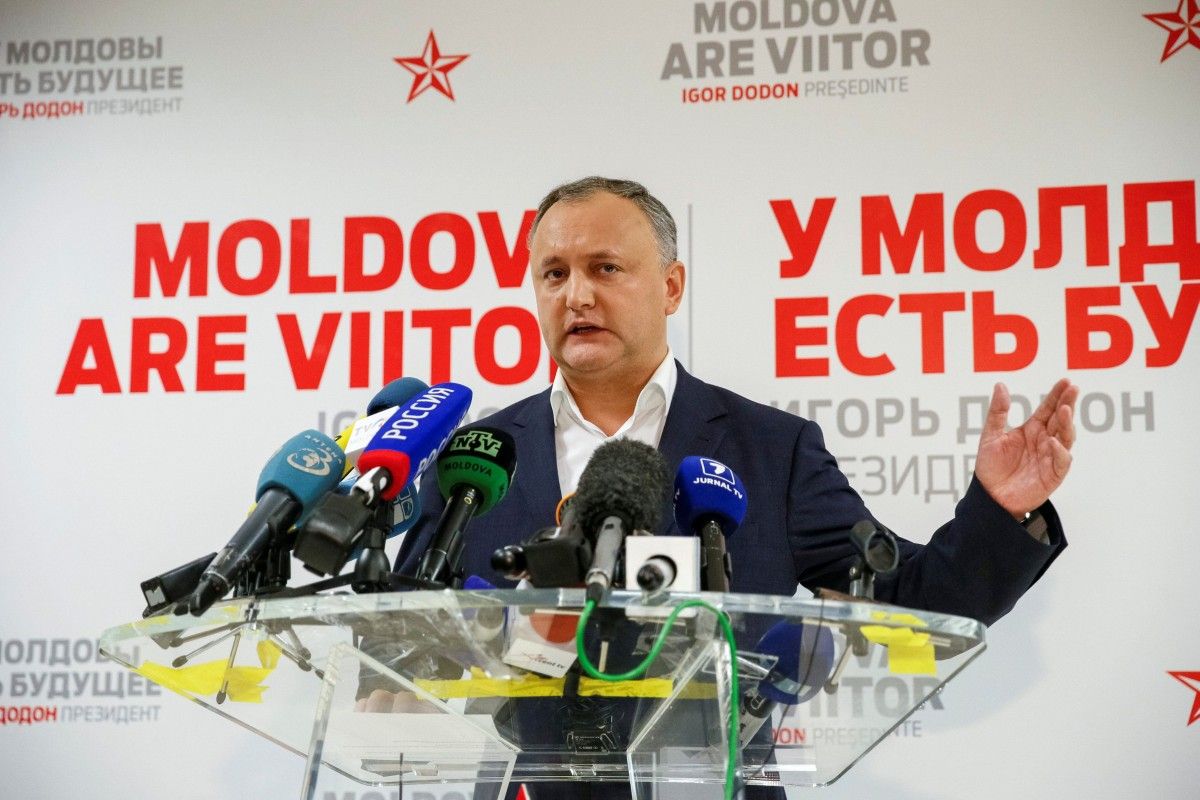 According to the Russian leader, the results of the voting demonstrate wide popular support to Dodon's policy towards reaching socio-economic stability in the country and building well-balanced foreign policy priorities, TASS wrote.

"The Russian president expressed his commitment to constructive dialogue and active work to develop Russian-Moldovan relations in conformity with the Friendship and Cooperation Treaty which is marking its 15th anniversary these days," the press service said.

Read alsoPro-Russia candidate claims victory in Moldova's presidential voteApart from that, Putin invited Dodon to visit Russia and wished him success in his activities, the Kremlin said.

According to Moldova's Central Election Commission, Igor Dodon, the leader of the Party of Socialists advocating closer relations with Russia, won support of 52.18% of votes at Sunday's runoff presidential elections. His rival, Maia Sandu, the leader of the EU-leaning Party of Action and Solidarity and the single candidate of the pro-European opposition, won 47.82% of the vote.