An air strike hit a hospital in the rebel-held Syrian village of Awaijel, west of Aleppo killing at least one person in the early hours of Tuesday, a day after attacks on two other hospitals in the region, a war monitor said, Reuters reported. 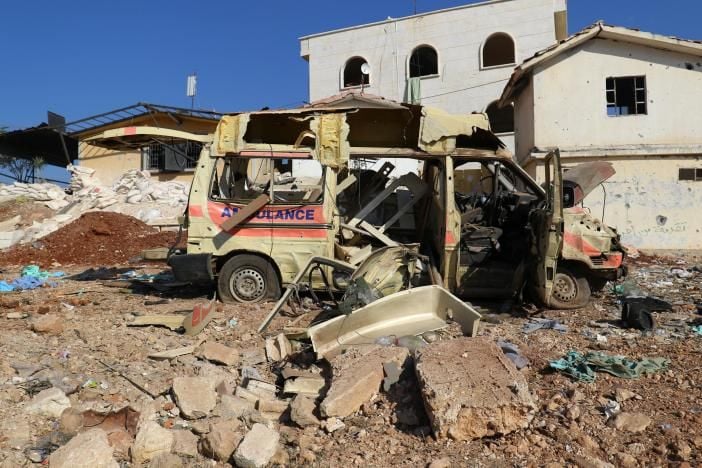 Jets hit Awaijel's Baghdad hospital with rockets, injuring medical staff and patients, including some who had just moved there from a hospital hit in nearby Kafrnaha on Monday, the Syrian Observatory for Human Rights said, according to Reuters.

The attack put the hospital in Awaijel out of service, it added.

The Observatory is a Britain-based monitor of Syria's five-and-a-half-year civil war that publishes reports based on its network of contacts across Syria.

An air campaign by Syria's military backed by Russia's air force has intensified in the villages and small towns of Aleppo and Idlib provinces in recent days, the Observatory reported, after a foiled rebel offensive in the west of the city.

Western countries and human rights activists have accused the air forces of Damascus and Moscow of repeatedly targeting hospitals, bread lines and other civilian infrastructure in territory controlled by the rebels.

They both deny doing so and say their air campaign is directed against military targets belonging to the rebels, whom they describe as terrorists.