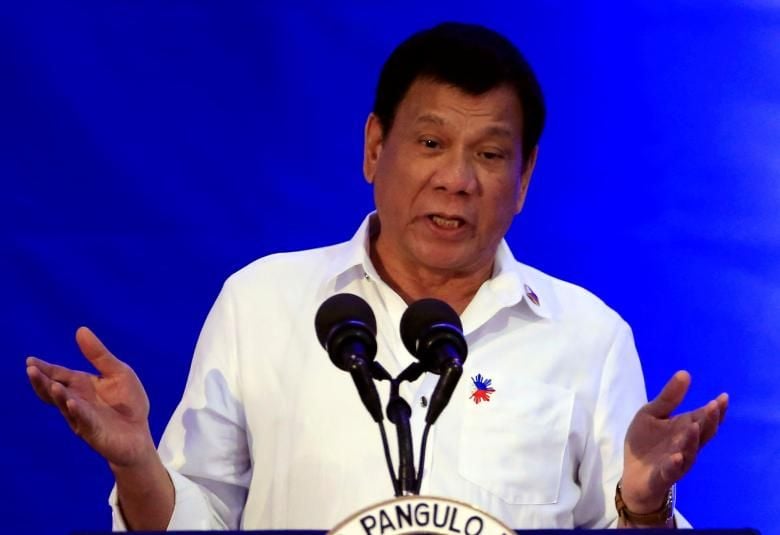 Duterte described the ICC as "useless" and expressed frustration about the West's allegations of extrajudicial killings and its failure to understand his crackdown on narcotics. He also appeared to blame the United Nations for failing to prevent wars all over the world, as reported by Reuters.

Russian President Vladimir Putin signed an executive order removing Russia's signature from the founding treaty of the ICC on Wednesday, and Duterte said he might consider doing the same.

"They are useless, those in the international criminal (court). They (Russia) withdrew. I might follow. Why? Only the small ones like us are battered," Duterte said before his departure for Lima to attend an Asia-Pacific summit.

Duterte is seeking a meeting with Putin in Lima this weekend, which comes as he pursues an independent foreign policy aimed at weaning the Philippines off dependence on longtime ally the United States. He has frequently praised Russia and China.

Read alsoU.S. Department of State comments on Russia's withdrawal from Hague ICCDuterte, known for his frank statements, speculated that Russia's ICC move might be because of its air strikes in Syria.

"What could be the reason? I really would not know," he said. "Maybe to protect what they are doing in Syria, the incessant bombing and the killing of civilians."

Russia is under international pressure over the Syria air strikes, with some human rights activists and U.S. officials accusing it of bombing civilians and civilian targets. Russia has denied those allegations.

The ICC, which the Philippines became a member of in 2011, has received an ear-bashing from the outspoken Philippine leader, like all those who have showed concern about his war on drugs and the more than 2,400 people killed.

An ICC prosecutor last month said the Hague-based tribunal may have jurisdiction to prosecute the perpetrators of the killings.

Duterte said he was annoyed about the criticism he had received and that "nobody was listening" to his reasons for having the crackdown, including U.S. President Barack Obama.

He took aim at U.S. foreign policy and the United Nations and said he would be happier if China and Russia called the shots.

"You know, if China and Russia would decide to create a new order, I will be the first to join," he said.

"The killings is endless," he said, referring to conflicts in the past and current. "The amount is splattering. That is our lesson. Just because it is America, it does not mean that it is good."