A pair of Swiss warplanes scrambled to intercept the aircraft of the Russian presidential air squadron flying an official delegation from Moscow to Peru for an APEC summit and a group of accredited reporters  in the sky over Switzerland, according to Rossiyskaya Gazeta. 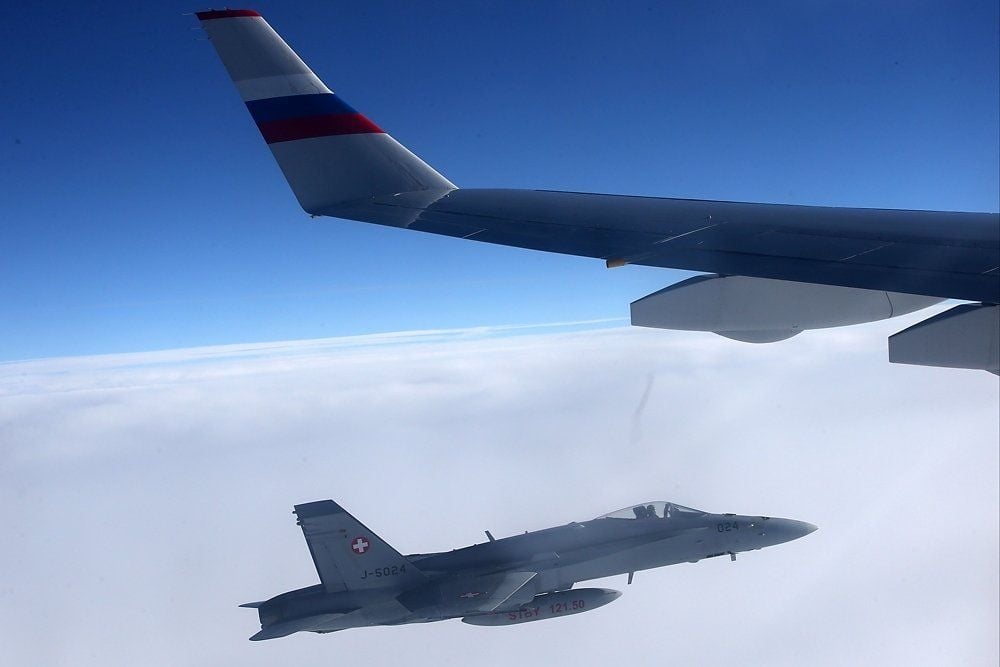 Two Swiss F18's flew along the aircraft to the amusement of passengers on board, Rossiyskaya Gazeta reported.

Moreover, one of the military pilots reportedly waved his hand at the Russians on board IL-96.