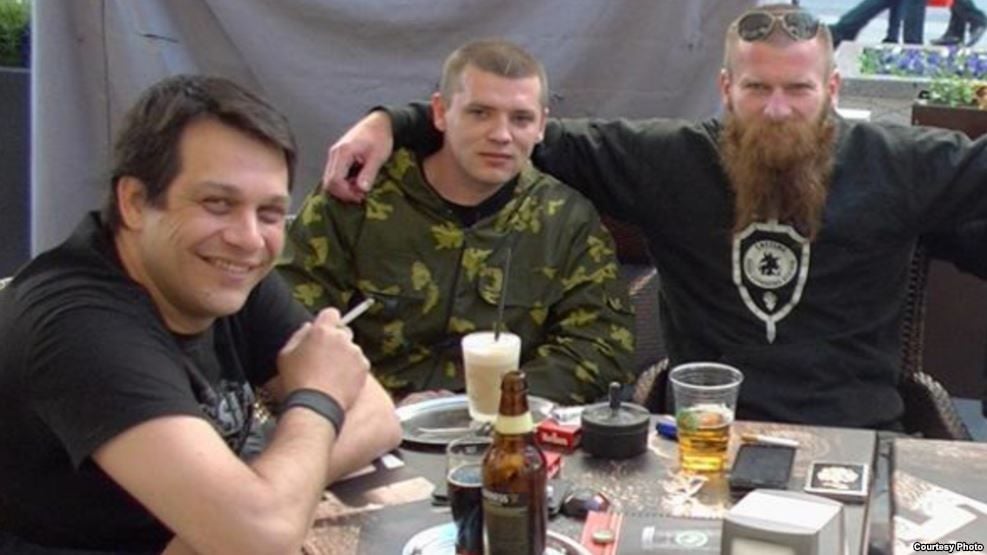 The conversation, held in Serbian, was provided to the edition by Sindjelic's companion - Vencislav Bujic, director of Foundation SEAS, political scientist.

According to Bujic, the conversation took place on March 11, 2015. The video shows that Sindjelic boasting his Moscow connections, namely in the Russian Defense Ministry.

As explained by Bujic, Zivkovic who was mentioned in conversation was one of the Serbs who came to Crimea "referendum" on March 16, 2014, where they joined the Russian "Cossacks" on duty at the occupation forces' checkpoints near Sevastopol.

Read alsoMontenegro says foiled Russian-backed plan to kill PM DjukanovicAccording to Bujic, it follows from the context of the conversation that Sindjelic had provided recommendations to the Russian military, based on which they approved candidates from among Serb "volunteers" to allowed them to participate in the operation on Crimea seizure.

The most interesting thing here is the very fact of the participation of the failed "terrorists" from Serbia in the Russian operation on the occupation of Crimea - as well as the procedure of selection and testing of candidates for such participation at the level of the Russian Defense Ministry.

Read alsoMontenegro foiled coup: ex-SBU chief tells of "DPR-LPR" supporters’ roleAccording to Bujic, against this background, of special concern is the recent report in the Serbian media that Sindjelic's status can be changed from the defendant to that of a witness. According to the Serbian political scientist, the scale of Sindjelic's links with Russia indicates that the leader of "Serbian Wolves" was directly involved in the implementation of Moscow's plans.

However, Sindjelic was not the only contact of the Serbian radicals with Russia. Another organization, suspected of complicity in the preparation of unrest in Montenegro, was the "Balkan Cossack army". In particular, its Ataman Viktor Zaplatin maintains a close relationship with head of the Russian Institute of Strategic Studies (RISS) Leonid Reshetnikov. RISS was originally part of the Russian Foreign Intelligence Service, but now it is run by the Administration of the Russian President. In particular, it was pointed out on the official website of the "Cossack army" that the delegation of Serbian "Cossacks" had visited Moscow on October 11-16 this year, where they met with Reshetnikov. This was just days before the attempted coup in Montenegro.