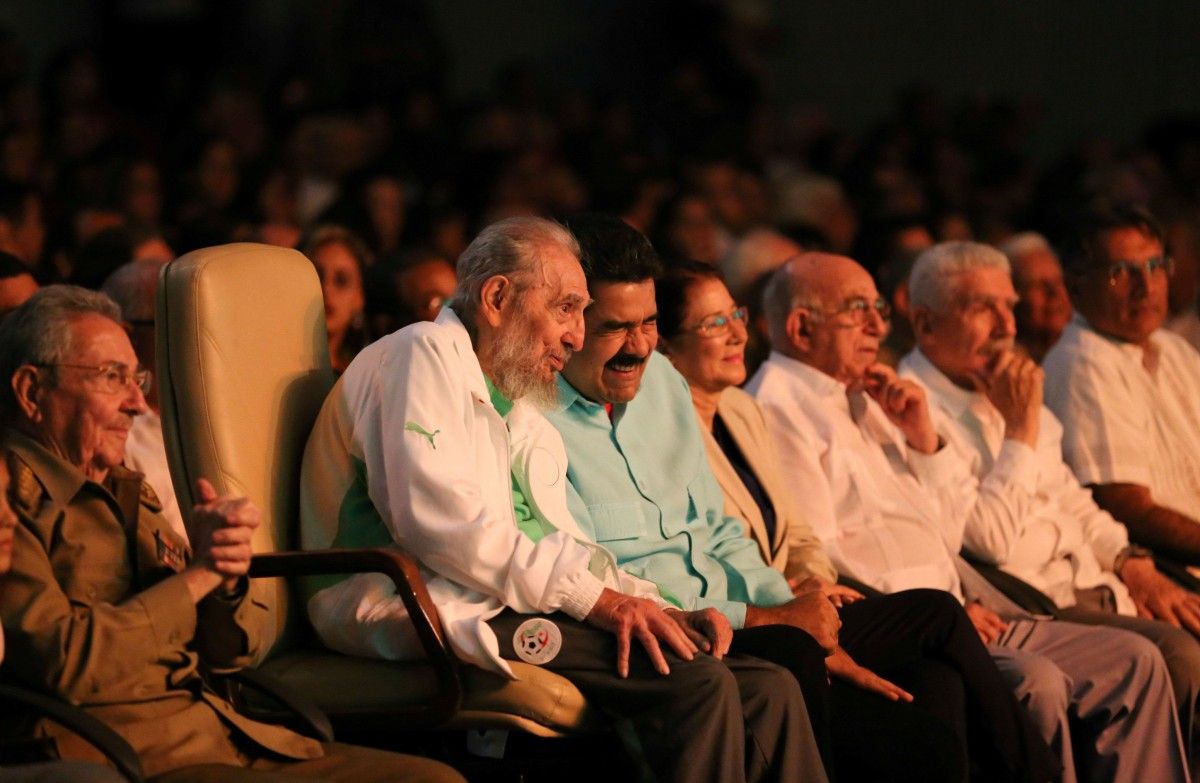 U.S. President Barack Obama offered his condolences to Fidel Castro's family and added that history would judge Castro's impact on Cuba and around the world.

"At this time of Fidel Castro's passing, we extend a hand of friendship to the Cuban people," Obama said. "History will record and judge the enormous impact of this singular figure on the people and world around him."

Obama added that during his own presidency he had worked to "put the past behind us," while working on a future that was built on those things that were in common.

"The free and independent Cuba, built by him and his comrades, has become an influential member of international society and served as an inspiring example for many countries and people. Fidel Castro was a frank and tried and true friend of Russia. He has make a great contribution into establishing and developing of Russo-Cuban ties, close strategic cooperation in all the spheres," the Kremlin said, citing Putin's condolences telegram to Raul Castro.

President-elect Donald Trump said in a statement that: "Today, the world marks the passing of a brutal dictator who oppressed his own people for nearly six decades. Fidel Castro's legacy is one of firing squads, theft, unimaginable suffering, poverty and the denial of fundamental human rights. While Cuba remains a totalitarian island, it is my hope that today marks a move away from the horrors endured for too long, and toward a future in which the wonderful Cuban people finally live in the freedom they so richly deserve."

U.S. Vice President-elect Mike Pence said on Twitter that: "The tyrant Castro is dead. New hope dawns. We will stand with the oppressed Cuban people for a free and democratic Cuba. Viva Cuba Libre!"

Chinese President Xi Jinping said in a statement that: "The Chinese people have lost a close comrade and a sincere friend".

Xi hailed Castro for his contribution to the development of communism both in Cuba and around the world.

French President Francois Hollande mourned the loss of a major figure on the world stage and welcomed the rapprochement between Havana and Washington, while noting concerns over human rights under the Castro regime.

"Fidel Castro was a towering figure of the 20th century. He incarnated the Cuban revolution, in both its hopes and subsequent disillusionments," Hollande said in a statement.

"France, which condemned human rights abuses in Cuba, had equally challenged the U.S. embargo on Cuba, and France was glad to see the two countries re-establish dialogue and open ties between themselves," added the Socialist party leader.

Hollande met Castro in Ma, 2015 during the first ever visit by a French head of state to Cuba since the Cuban revolution.

"The UK expresses its condolences to the government and people of Cuba, and to the former President's family. Fidel Castro's death marks the end of an era for Cuba and the start of a new one for Cuba's people."

"Fidel Castro's leadership of the 1959 Cuban Revolution marked him out as an historic if controversial figure. The UK will continue to work with the government of Cuba on a wide range of foreign policy priorities, including on human rights."

"Fidel Castro was one of the historic figures of the past century and the embodiment of the Cuban Revolution. With the death of Fidel Castro, the world has lost a man who was a hero for many. He changed the course of his country and his influence reached far beyond. Fidel Castro remains one of the revolutionary figures of the 20th century. His legacy will be judged by history."

In Venezuela, a long-time ally of Cuba and staunch opponent of the political stance of the United States, President Nicolas Maduro said Castro had inspired and would continue to inspire his country.

Read alsoFormer Cuban leader Fidel Castro dies aged 90"We will keep on winning and keep fighting. Fidel Castro is an example of the fight for all the people of the world. We will go forward with his legacy," Maduro told television station Telesur by telephone.

In Bolivia, where Ernesto "Che" Guevara died in 1967 in a failed bid to export Cuba's revolution, President Evo Morales said in a statement: "Fidel Castro left us a legacy of having fought for the integration of the world's peoples ... The departure of Comandante Fidel Castro really hurts."

South African President Jacob Zuma had warm words, thanking the Cuban leader for his help and support in the struggle to overthrow apartheid.

In a statement, Canadian Prime Minister Justin Trudeau said: "A legendary revolutionary and orator, Mr. Castro made significant improvements to the education and healthcare of his island nation. While a controversial figure, both Mr. Castro's supporters and detractors recognized his tremendous dedication and love for the Cuban people who had a deep and lasting affection for "el Comandante."

In a letter to the Cuban people:

"The bright life and immortal career of comrade Fidel Castro will forever live in the glorious revolutionary mission of the Cuban people and other nations striving to build a fair, civilized, democratic, prosperous and happy life."

President al-Assad said in a telegram to the Cuban leadership:

"Cuba, our friend, managed under his leadership to withstand the strongest sanctions and oppressive campaigns witnessed in our recent history, becoming a beacon of liberation for the people of South America, and the people of the entire world. Fidel Castro's name will live forever in the minds of generations and will inspire those aspiring to true independence and liberation from the yoke of colonialism and hegemony."

In a message to Cuban President Raul Castro, he said that:

"I learned with deep sadness of the death of Fidel Castro Ruz, a leading figure in his country's history and life of the world. Over the past few years, albeit far away from active politics, he did not fail to make its voice heard on global issues of great importance and relevance, starting with environmental ones. I am sure that his figure will remain alive in the memory of the Cuban people, to which Italy is all bound together by deep feelings of old friendship."

The Turkish foreign ministry said Castro "left a legacy of values and ideals that will set a path for the young generations in Cuba."

"The struggle to which he dedicated his life aroused respect, even in different political camps, and resounded not just in Cuba but around the world. He stood up against global injustice and worked for the establishment of a world with greater equality and solidarity," it said in a statement.

In a telegram to Raul Castro:

"The commander of the Cuban revolution left for almost a century a mark on the world's conscience thanks to his long experience, his power to persuade and the esteem with which he was beheld, so that his political attitudes and national debates became a unique approach of its own."

"Fidel Castro's memory will remain an impetus for Cuba's present and future."

Veteran Kenyan opposition leader Raila Odinga, whose son born in 1973 was named Fidel Castro Odhiambo Odinga in honor of the Cuban leader, said in a statement:

"In many ways, Castro was a great friend and true friend of Africa and other parts of the world that had to fight long and bitter wars to attain freedom from colonialism.

"Castro stood very firmly on the side of Africans who were fighting for the continent's liberation from colonialism especially in Congo (now DRC), Angola, Mozambique, Namibia and South Africa.

"In the case of Apartheid South Africa, Castro was one of the very few voices to speak against that system that was founded on a false sense of racial superiority with dire economic consequences for black people."