In a resolution adopted on November 23, the MEPs called for a stronger EU action in response to the Russian and Islamic media campaigns. The document says that the messages of the adversaries, especially in social networks, seek to split the EU, reads the report.

The resolution as a whole was supported by 304 MEPs, which is not such a big figure considering a general amount of deputies (751). 179 MEPs opposed the document, while another 208 MEPs abstained. 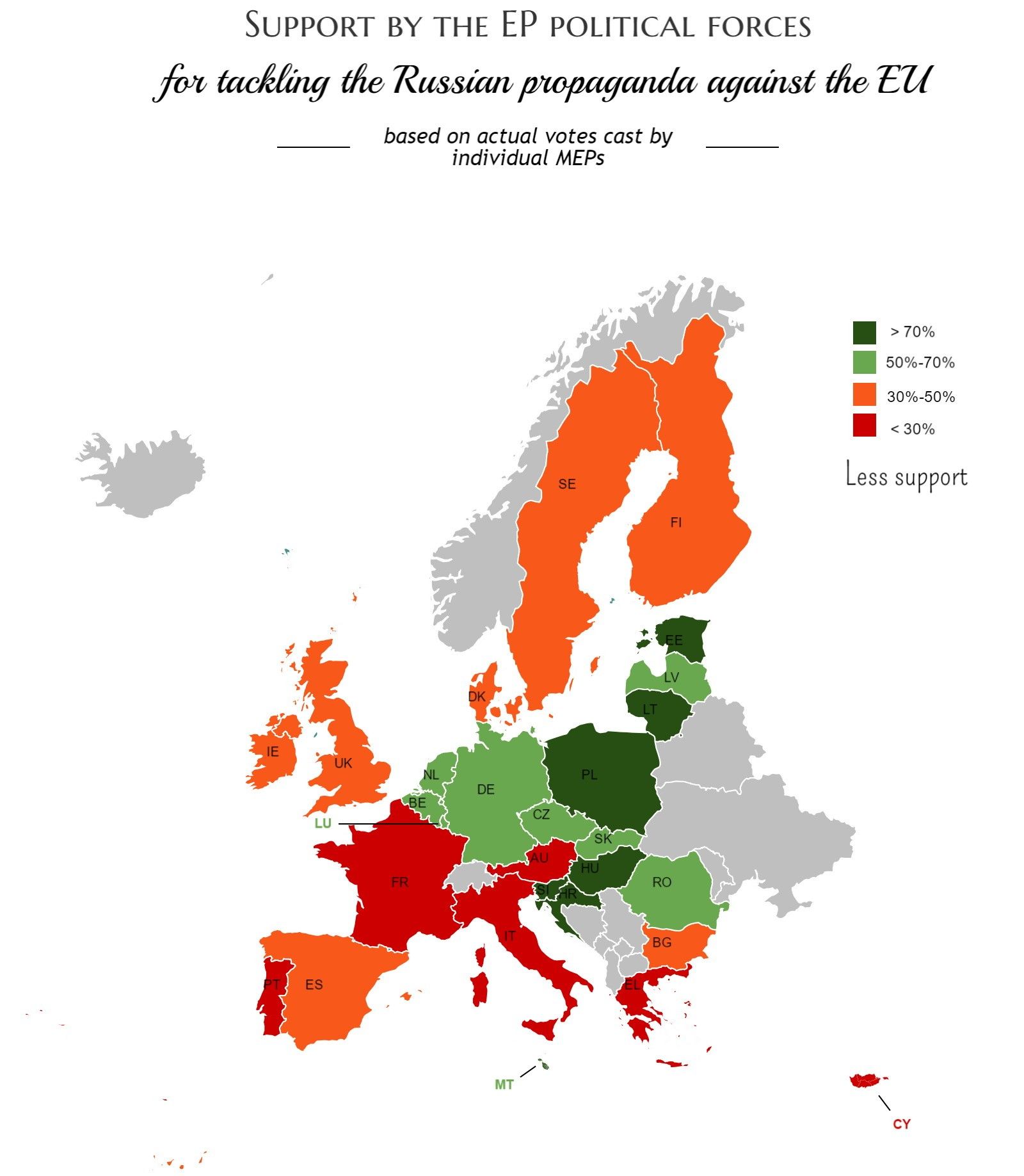 Data show that there are clear differences within the political groups of the European Parliament, in particular, among the Liberals (ALDE) and Greens (Greens / EFA), as well as among the Social-Democrats (S&D).

Many members of the European Parliament voted on a national basis rather than according to the decision of parliamentary groups: out of 69 Italian MEPs only eight supported the resolution. This figure is even lower for the French MEPs (only three of them supported the document) and the Greeks (none of the Greek MEPs backed the resolution).

Read alsoHungarian media probe Russian ties of local neo-Nazi gangOn the other hand, the countries of Central and Eastern Europe, as well as Germans, Belgians and Dutch have mostly supported the document.

Even the party of Hungarian Prime Minister Victor Orban, Fidesz, voted in favor of a more intensive action in the fight against anti-European propaganda.

It is also interesting that the critics of the EU, such as the Conservative Party in Britain, the Polish "Law and Justice", and the Hungarian Fidesz, endorsed the fight against anti-European propaganda, while the more pro-European parties, for example, the Italian Democratic Party (the party of Prime Minister Matteo Renzi) and French Socialist Party of President Francois Hollande) failed to provide support for the document.

Read alsoEP sounds alarm on anti-EU propaganda from Russia, IS terrorist groupsThere was a split in the German coalition: while the Christian Democratic Union of Angela Merkel was a key supporter of the resolution, the SPD chose not to approve it.

As UNIAN reported earlier, on November 23, the European Parliament adopted a resolution on the fight against Islamist and Russian propaganda.