Eight miners dead after tremor in Polish mine

Three missing workers who rescuers were searching for underground after a tremor at a mine in southwestern Poland were found dead on Wednesday evening, according to Radio Poland. 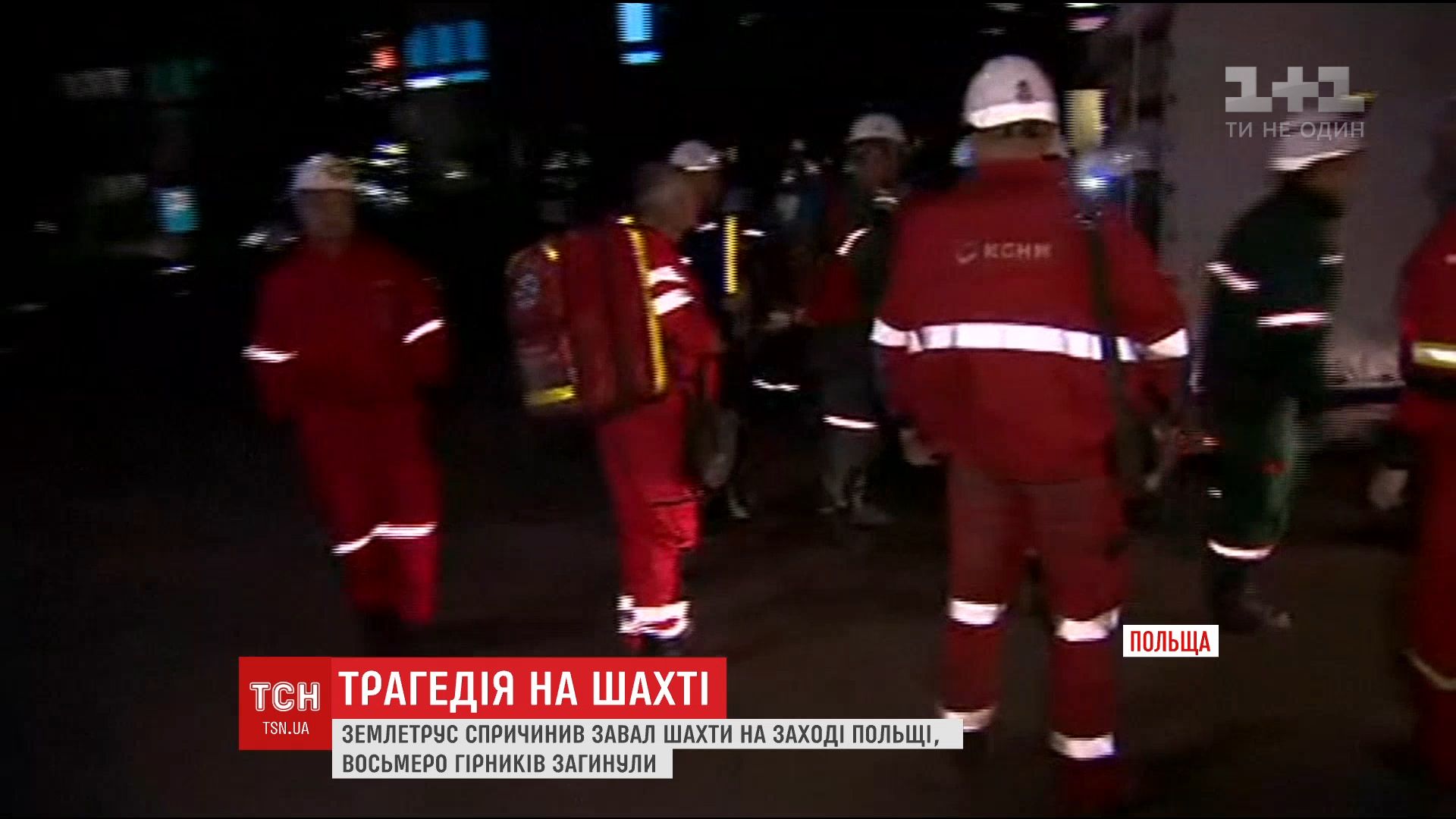 Eight miners dead after tremor in Polish mine / screenshot

The death toll following the tremor on Tuesday evening at the Rudna mine in the town of Polkowice now stands at eight, Radio Poland reported.

The director of the mine, Pawel Markowski, said that the tremor was the biggest tragedy in over 55 years at a mine belonging to copper giant KGHM.

Read alsoTwo miners dead, six missing after earthquake hits Polish coal mine - media"The rescue operation took 24 hours, we did everything to save the miners. My sincere sympathies to the families of the victims. We will do everything to help them at a difficult time," said Markowski.

Polish PM Beata Szydlo visited the mine on Wednesday while President Andrzej Duda planned to visit on Thursday.