Russian Colonel Ruslan Galitsky has died of wounds in Syria when opposition shelled a residential area in Aleppo's western part, the Russian Defense Ministry reported on Wednesday, according to Russian news agency TASS. 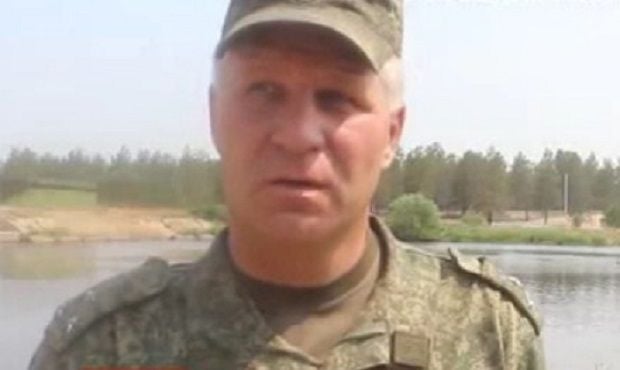 "Colonel Ruslan Galitsky has died in hospital after being severely wounded. Russian military medics fought for his life for several days. The officer sustained injuries in an artillery bombardment," the ministry said, TASS reported.

According to the Russian Defense Ministry, Galitsky was accomplishing a mission in Syria as part of the group of Russian military advisers.

It is worth noting that Ruslan Galitsky was the commander of the 5th Armored Brigade from Ulan-Ude (Buryatia), which took part in the occupation of Donbas.

As UNIAN reported earlier, March 2, 2015, a soldier of the 5th Armored Brigade Dorji Batomunkuev in an interview with the Russian Novaya Gazeta said the Russian military are well aware that they are sent to fight in Donbas. He said that was a contracted soldier in the Russian army. He was drafted November 25, 2013, and in June 2014 he signed a contract for three years. Batomunkuev had his face and hands burned in a fight in Logvinove near Debaltseve (Ukraine). At the time of the interview, he was undergoing treatment in the regional burn center at the Central Clinical Hospital in Donetsk.

According to the soldier, his commanders said that the soldiers were being sent to hold drills, but they are well aware that they had been sent to Donbas.

March 31, 2015, Russian president's press secretary Dmitry Peskov said that the facts published in the media about the invasion of Russian troops in Ukraine are not evidence.

"The mother of the tanker-contractor Dorji Batomunkuev, who got burnt in his tank during February combat operations in Debaltseve in Ukraine, told the Novaya Buryatia that her son was undergoing treatment, remaining in a serious condition. He was probably at home, in the Aga Buryat district of Trans-Baikal Territory," the newspaper wrote.

According to his mother, the Russian Ministry of Defense provided no assistance whatsoever.