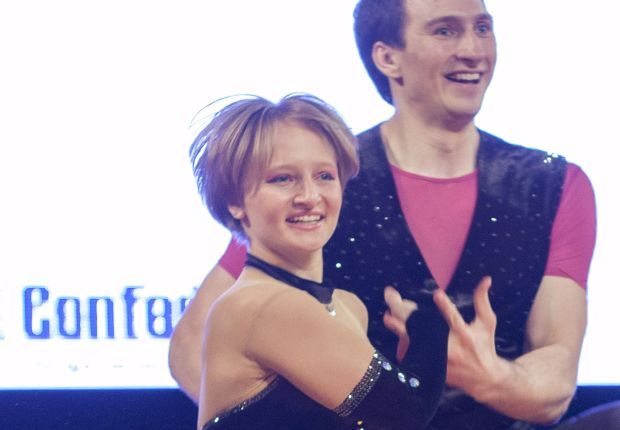 The Zhavoronki Acrobatic Rock'n'Roll Center will be built on the western outskirts of Moscow at a cost of 1.9 billion roubles, according to state tender documents available online, and will be funded by the municipal government, Reuters reported.

It will be the only specialized facility in the world for the sport, according to governing body the World Rock'n'Roll Confederation (WRRC). The money being invested dwarfs that spent on some other, bigger, sports in Russia such as archery and biathlon.

The complex is being built for the Moscow City Khamovniki state sports and dance school, where Katerina Tikhonova – identified by Reuters last year as Putin's youngest daughter – was trained in acrobatic rock'n'roll and for which she competed several times until 2014.

Reuters has no evidence the Kremlin or Tikhonova had any influence over the Moscow city government's decision to build the complex.

Tikhonova, the Moscow city sports department and the Russian Federation of Acrobatic Rock'n'Roll did not respond to repeated requests for comment about Tikhonova's role in the project or its expense.

Kremlin spokesman Dmitry Peskov said: "This topic does not have any relation to us."

The Moscow city construction department said the complex was part of a wider program of state-funded sports facilities that were important for the city.

"Moscow attaches great importance to building sports facilities. Over the past five years in Moscow the number of new sports facilities being brought on-stream has effectively doubled," the department said in a statement sent to Reuters.

Read also"Putin's son-in-law" family ranks among Russia's richest clansAround 9,000 people actively participate in acrobatic rock'n'roll in Russia and organizers aim to add another 3,000 people by 2020, according to the national federation.

By comparison, more than 22,000 people actively participate in archery in Russia but only 21 million roubles of state money will be spent developing the sport this year, according to the Russian Archery Federation.

The federation said there was no specialized center of any kind in the country for archery, a sport in which Russia won a silver medal at the Rio Olympics in August.

Around 19,000 people participate in biathlon in Russia, according to the Russian Biathlon Union, but the body does not receive any state funding.

The documents seen by Reuters show plans for a 1.3-hectare complex with a gymnasium, trampoline hall, 25-metre swimming pool, and competition space with seating for up to 2,000 people. There will also be accommodation facilities for 300 people as well as a conference hall and lecture theater. "Rock'n'Roll" is written on the side of the main building in large white letters.

Construction firm Magnum, the contractor chosen to build the center, will also be required to complete a number of "beautification projects," including a network of running and walking paths and a helicopter landing pad. Work will begin this month and is due to be completed by September 2018.

Magnum did not immediately respond to requests for comment. A clause in the contract it signed with the municipal government, among the documents available online, says the company is not allowed to discuss the project with journalists without the approval of the tendering party.

A concept drawing on the website of Moscow City state enterprise "Big Sports Arena 'Luzhniki,'" the government company tendering the contract, shows a multi-storey building in dark brick and wood cladding with panoramic windows looking out over a landscaped parking lot and sports fields.

The general secretary of the sport's WRRC global body, Kresimir Bosnar, said he was surprised by the amount of money Russia was spending on the center.

"I don't see any reason why to do it. Especially not in Russia" given the low participation numbers, he said, adding that the Slovenian-based WRRC had no connection to the project.

"Rock'n'roll acrobatic is a quite specific sport, it is an individual sport based on couples, it is not a mass sport. So you cannot expect that you will have millions of people dancing acrobatic rock'n'roll in the future."

Lubov Sobol, an opposition politician in Moscow and prominent anti-corruption campaigner, said the center was being built so Tikhonova could run it.

"It seems obvious that there is a political story here," she said about the documents, without providing any specific evidence of political influence. "Moscow is just building this place to satisfy the personal ambitions of the president's daughter."

Russia has a long history of investing heavily in sport and Putin has used sporting success to promote an image of his country as a resurgent global power. On his watch, Russia spent more than $50 billion hosting the Winter Olympics in 2014, making them the most expensive Games ever staged.

But Russia's economy is now two years into a deep economic slump, hit by Western sanctions over the Ukraine crisis and a collapse in global oil prices. The government has been forced to make painful cuts to welfare spending in an effort to balance the budget and real disposable incomes fell 5 percent in the first ten months of 2016 compared to the same period last year.

With just over 200 adult pairs in the WRRC world rankings, acrobatic rock'n'roll remains a niche discipline in competitive dancing that is most popular in eastern Europe.

Tikhonova and her dance partner Dmitry Alekseev are currently ranked 11th in the world and sixth in Russia after taking second place at the national championships in Saint Petersburg in November.

She has competed for the Khamovniki school multiple times, competition records show, representing the school until at least 2014 before moving to join the Moscow Rock Comets club in 2015.

The records also show Tikhonova was trained by the school's director and Russian national team coach Tatyana Bystrova, who sits on both the committees she heads at the Russian Federation of Acrobatic Rock'n'Roll.

Bystrova did not reply to repeated requests for comment.

Staff at the school – a modern, multi-storey building in an upscale part of central Moscow – referred all questions to Bystrova, who they said was at important meetings and unable to speak.

Surrounded by high fences and dense pine trees, the site for the Zhavoronki Acrobatic Rock'n'Roll Center is around 8 km from a property Tikhonova declared as her home address when registering a company in 2012. A sign on the gate says the land is owned by the Khamovniki school.

Construction site manager Alexei Kozlov said he was not allowed to discuss the details of the project and did not know of any connection to Tikhonova or Putin's family. A security guard said the workers were building a "deluxe dance center" which would be "very, very expensive."