Exxon Mobil Corp. Chief Executive Rex Tillerson has emerged as the leading candidate to become President-elect Donald Trump's pick for secretary of state, according to two transition officials, marking the latest twist in a multiweek search for a top diplomat, according to The Wall Street Journal. 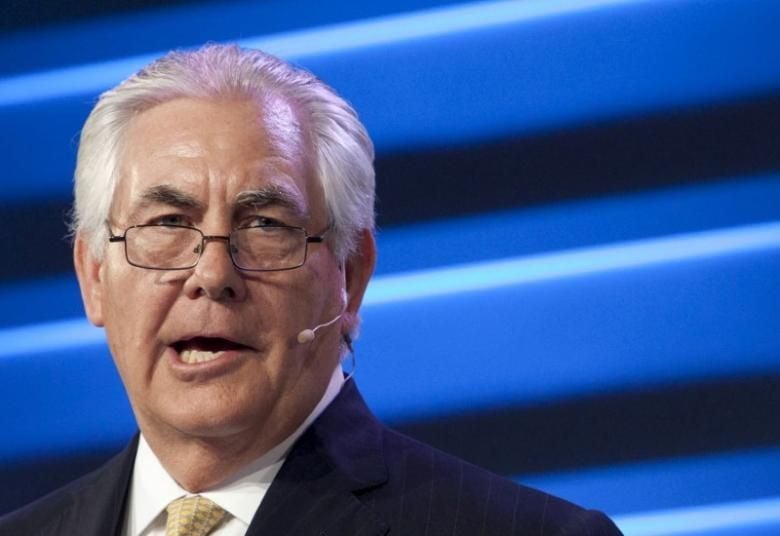 Mr. Tillerson moved ahead of other candidates, including 2012 Republican presidential nominee Mitt Romney, who have had multiple conversations with Mr. Trump about the job. Mr. Tillerson is viewed by some of Mr. Trump's advisers as a mold-breaking pick who would bring an executive's experience to the diplomatic role, said a person involved in the process, WSJ reported.

Mr. Trump hasn't made a final decision on whom he wants as his top diplomat.

Read alsoTrump nominates "Mad Dog" Mattis to Secretary of DefenseMessrs. Trump and Tillerson met on Tuesday and are expected to speak again over the weekend, the person said. Mr. Trump has said he would like to make a formal announcement about his State Department pick next week.

Other candidates who remain in the running, apart from Mr. Romney, are former Central Intelligence Agency director David Petraeus and former U.S. Ambassador to the United Nations John Bolton, people familiar with the matter said.

Among those considered for the post, Mr. Tillerson has perhaps the closest ties to Russian President Vladimir Putin. As Exxon's CEO, Mr. Tillerson has spoken against sanctions on Russia. This pre-existing relationship with Mr. Putin complements Mr. Trump's push to improve U.S.-Russia ties.