RFE/RL: Blast near Coptic cathedral in Cairo kills at least 20

An explosion near Cairo's Coptic cathedral has killed at least 20 people and wounded 35 others, Egyptian officials say, according to Radio Free Europe / Radio Liberty (RFE/RL). 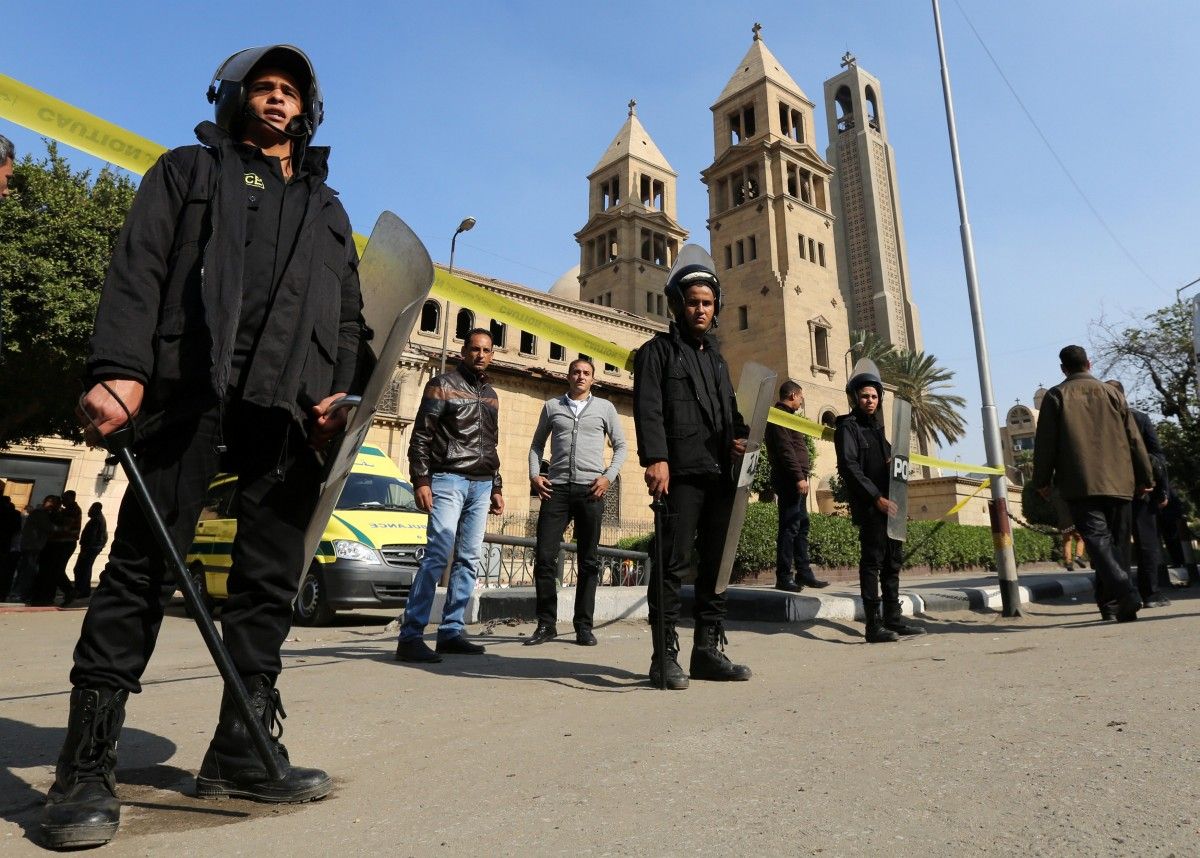 Egypt's official MENA news agency reported that the December 11 blast was caused by a bomb thrown by an assailant into St. Peter's church, next to St. Mark's Cathedral, RFE/RL wrote.

St. Mark's is the seat of Egypt's Orthodox church and the home of its spiritual leader, Pope Tawadros II.

Egypt's Coptic Christians make up some 10% of the country's population.

The explosion comes after a bomb attack killed six police officers at a checkpoint in Cairo on December 9.

A militant group called Hasm, suspected by authorities of links to the banned Muslim Brotherhood, claimed responsibility for the attack.

Egypt's security forces are fighting an Islamist insurgency that has launched deadly attacks in Cairo and other cities.