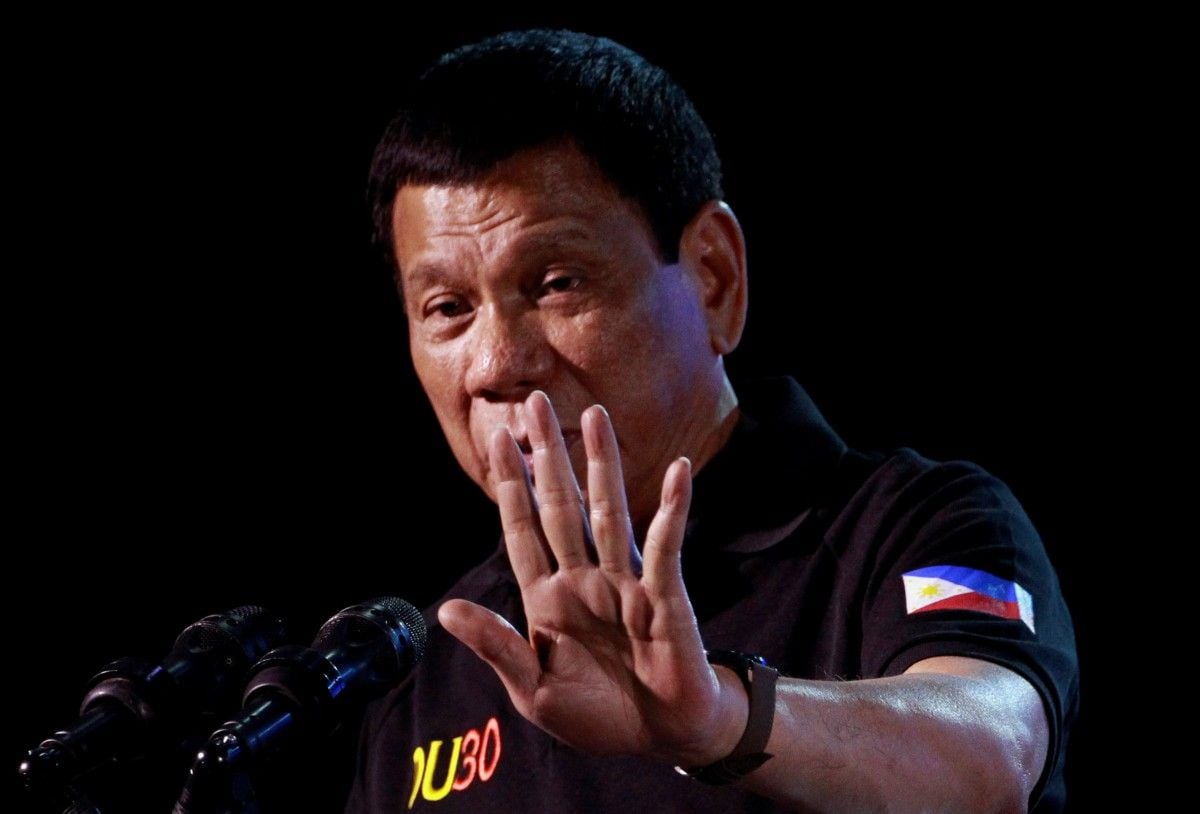 The firebrand leader boasted to business leaders on Monday that as Davao City mayor he used to prowl the streets on a big motorcycle looking for "an encounter to kill" just to show to local law enforcers he can do it, Reuters reported.

More than 2,000 people have been killed in police anti-drug operations since Duterte became president in July. Almost all were shot when they resisted arrest.

Another 3,000 deaths are under investigation, with critics calling them vigilante killings.

Senator Leila de Lima, a staunch critic of Duterte, said the president's admission could be a ground for impeachment.

"That is betrayal of public trust and that constitutes high crimes because mass murders certainly fall into the category of high crimes. And high crimes is a ground for impeachment under the constitution," de Lima told CNN on Thursday.

"When he says that, he's opening himself up, so what's the legal way, then go ahead and impeach him," he told reporters, adding he was not surprised by the statement.

Duterte's allies in Congress dared the president's opponents and critics to file an impeachment motion, saying removing the leader through a political process is a numbers game.

There are less than 50 opposition lawmakers in the 293-member lower house of Congress. A two-thirds vote is needed to impeach a president.

Peter Wallace, who organized the business forum where Duterte spoke, thought the president's statement was his "usual bravado."

"He talked as he often does about drugs, and killings and criminality. And we had expected that he would but we were there not to listen to that," Wallace told Reuters by phone.

"We were there to talk to him or listen to him about business issues and I was pleased that...he moved on to those subjects," he said.

"It's like a hyperbole, that's the president, he is used to exaggerate just to put his message across," Aguirre was quoted in radio reports as saying on Thursday.

Even if that were true, Aquirre said it did not necessarily mean that he violated the law.

"It could be done with a justifiable cause and justified circumstances as a public officer in order to arrest but if they resisted. He must have been forced," Aquirre said, referring to Duterte.