France on Thursday requested urgent closed-door consultations at the UN Security Council on the evacuation of civilians from the Syrian city of Aleppo and plans for deliveries of aid, diplomats said, according to The Local France. 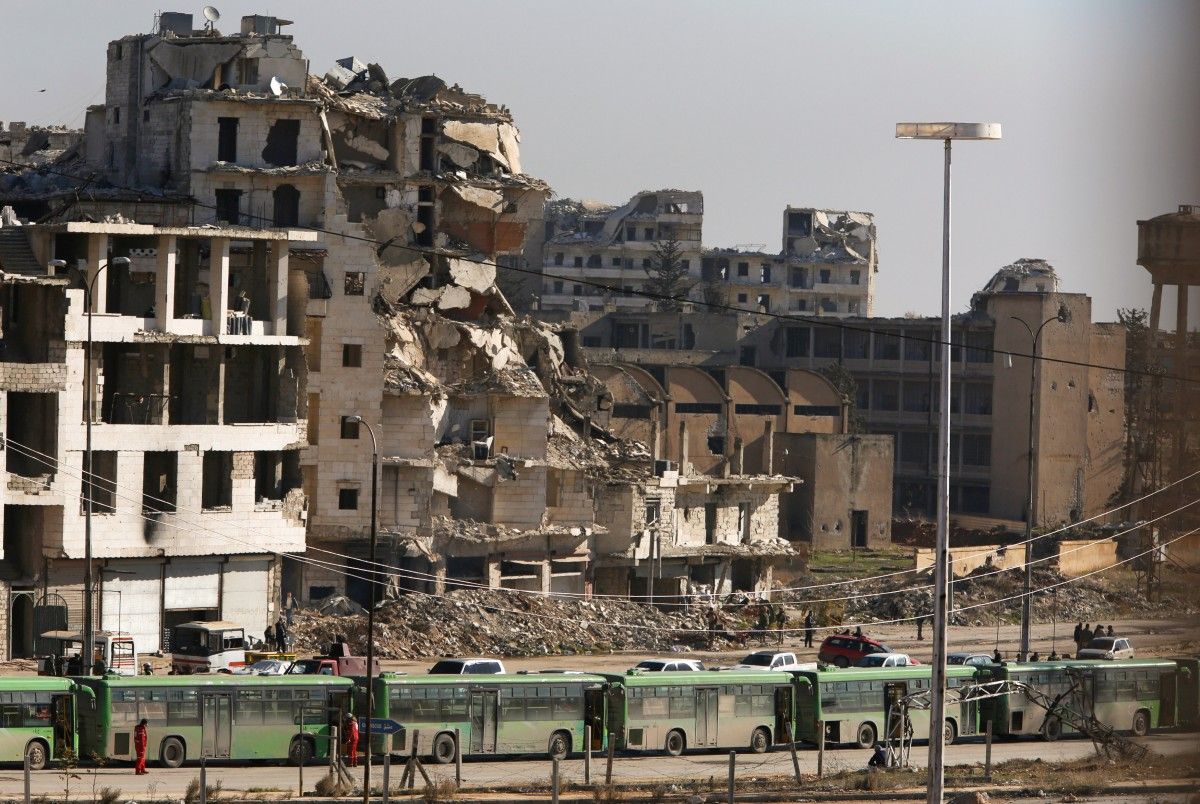 Hundreds of civilians and rebels boarded buses earlier in the day to leave Aleppo as Syrian forces moved to assert full control of the city, The Local France reported.

French President Francois Hollande lashed out earlier on Thursday at Russia's role in the siege of Aleppo, saying that Moscow had broken a promise to aid trapped civilians.

"Russia is making commitments that it is not keeping. There's a moment where you have to answer with action," Hollande told reporters as he arrived for an EU summit overshadowed by the Syria crisis

Citing both Russia and Iran, Hollande said that regimes supporting Syrian leader Bashar al-Assad would "take the responsibility for this extremely serious situation for the population."

Hollande also hit back at criticism that he had failed to fully engage with Russia, which has emerged as a key player in the Syrian conflict after launching a massive air campaign last year to support long-time ally Assad.

"I speak all the time with Russia. Russia makes commitments that it does not meet, so now it is time that we have this truce and urgent humanitarian aid if necessary," he said.

Read alsoBBC: Hopes rise for Aleppo evacuationHe said it was no use the West wringing its hands at developments in Syria and instead it should face up to the facts, however unpalatable.

"We are now obliged to acknowledge the failure of western diplomacy and more particularly European diplomacy," he said.

"If we want now to stop the massacre, there are only two solutions," he said after meeting German Chancellor Angela Merkel on the sidelines of the summit.

First, a military intervention, which no one wants and only the Americans could mount; or a sustained diplomatic effort to bring all parties to the negotiating table -- "even those today committing crimes."

Fillon has faced criticism in the French press for not speaking out about the atrocities being committed in Aleppo. The Nouvel Obs called his silence in recent days "embarrassing" and said it was symptomatic of his close relationship with Russian President Vladimir Putin.

Western powers have long called for Assad to step down as part of transitional peace deal for Syria but he refuses to do so and his position has been greatly strengthened by Russian support.