Thirteen soldiers were killed and 48 more were injured when a car bomb hit a bus transporting off-duty military personnel in the central Turkish city of Kayseri on Saturday, one week after a similar attack targeted police outside an Istanbul stadium, according to Reuters. 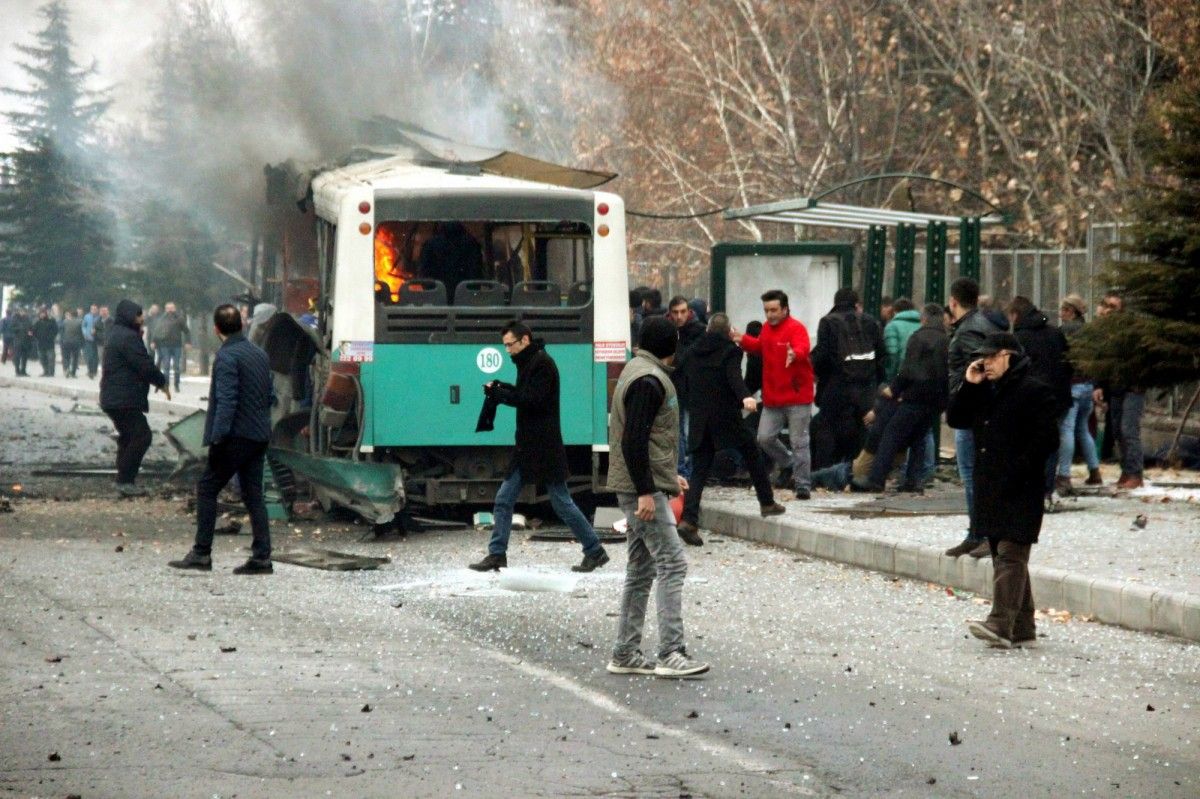 The blast is likely to further anger a Turkish public frustrated by a string of deadly attacks this year, several of which have been claimed by Kurdish militants, including last week's which killed 44 and wounded more than 150, Reuters reports.

There was no immediate claim of responsibility, but Deputy Prime Minister Veysi Kaynak likened the bus attack to the twin bombings outside the stadium of Istanbul soccer team Besiktas last Saturday.

"The car bomb attack resembles the Besiktas attack in terms of its style," he told a group of reporters, adding the attack would not put Turkey off of its goal of fighting militancy.

The blast hit as the bus passed by a car believed to be packed with explosives, Turkey's Dogan news agency said. It occurred near the campus of Erciyes University in Kayseri, broadcaster NTV reported.

Read alsoTurkey declares one day of national mourning over Istanbul terrorist attackTurkey faces multiple security threats including spillover from the fight against Islamic State in northern Syria, where it is a member of a U.S.-led coalition against the militant group.

It also faces regular attacks from Kurdish militants, who have been waging a three-decade insurgency for autonomy in largely Kurdish southeast Turkey.