Republican Donald Trump prevailed in U.S. Electoral College voting on Monday to officially win election as the next president, easily dashing long-shot hopes by a small movement of detractors to block him from gaining the White House, according to Reuters. 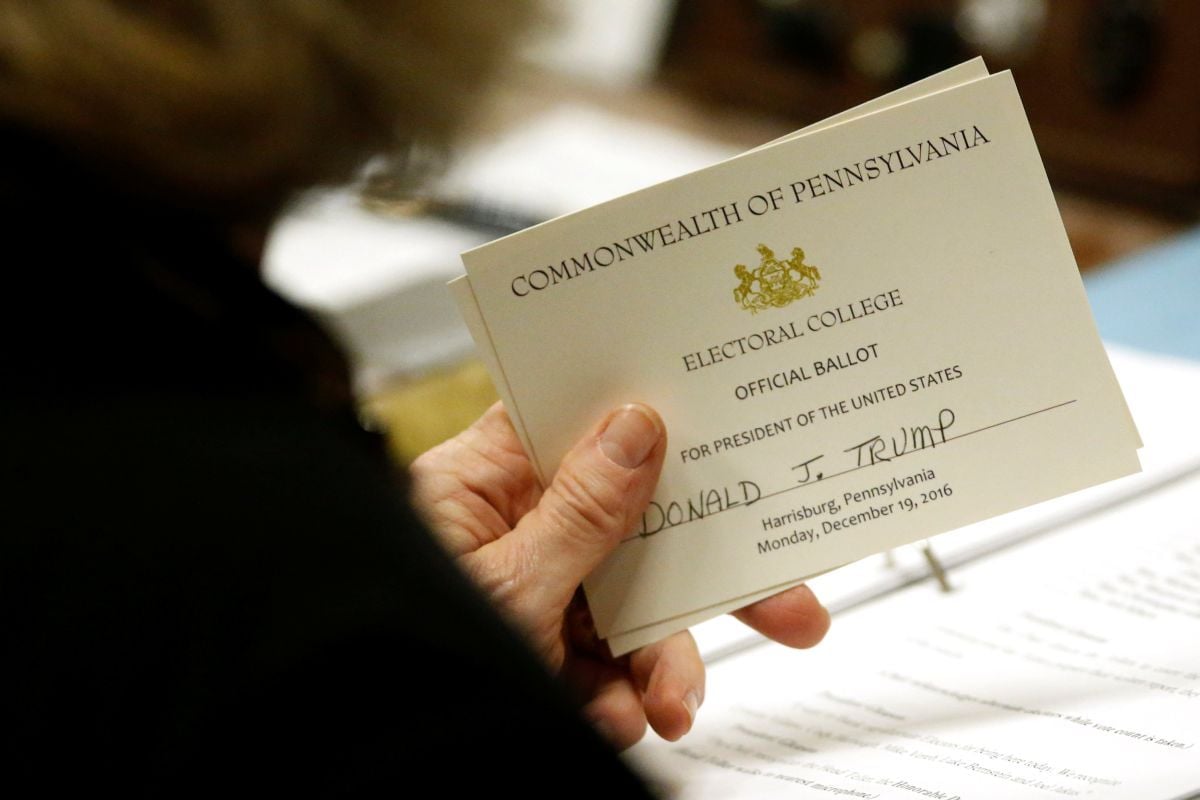 Trump garnered more than the 270 electoral votes required to win, even as at least half a dozen U.S. electors broke with tradition to vote against their own state's directives, the largest number of "faithless electors" seen in more than a century, Reuters wrote.

A core of Democratic activists around the country had hoped to convince Republicans to cross lines and vote for Democratic nominee Hillary Clinton, who won the nationwide popular vote on November 8.

In the end, however, more Democrats than Republicans split with their party. Four Democratic electors voted for someone other than Clinton, while two Republicans turned their backs on Trump.

Read alsoTrump picks ExxonMobil CEO Rex Tillerson as secretary of stateBret Chiafalo, 38, of Everett, Washington, was one of three electors from his state to vote for Colin Powell, a former Republican secretary of state, rather than Clinton, saying he believed Powell was better suited for the job than Trump.

With nearly all votes counted, Trump had clinched 304 electoral votes to Clinton's 224, according to an Associated Press tally of the voting by 538 electors across the country.

"I will work hard to unite our country and be the President of all Americans," Trump said in a statement released by his transition team in response to the Electoral College outcome.

Read alsoU.S. plans to create commission to investigate Russia's attempts to influence presidential electionThe Electoral College assigns each state electors equal to its number of representatives and senators in Congress. The District of Columbia also has three electoral votes.

When voters go to the polls to cast a ballot for president, they are actually choosing a presidential candidate's preferred slate of electors for their state.