Poland's lower house of parliament lifted a temporary ban on media access on Tuesday in an effort to defuse anti-government protests that have paralyzed the assembly, but the opposition said more still needed to be done, according to Reuters. 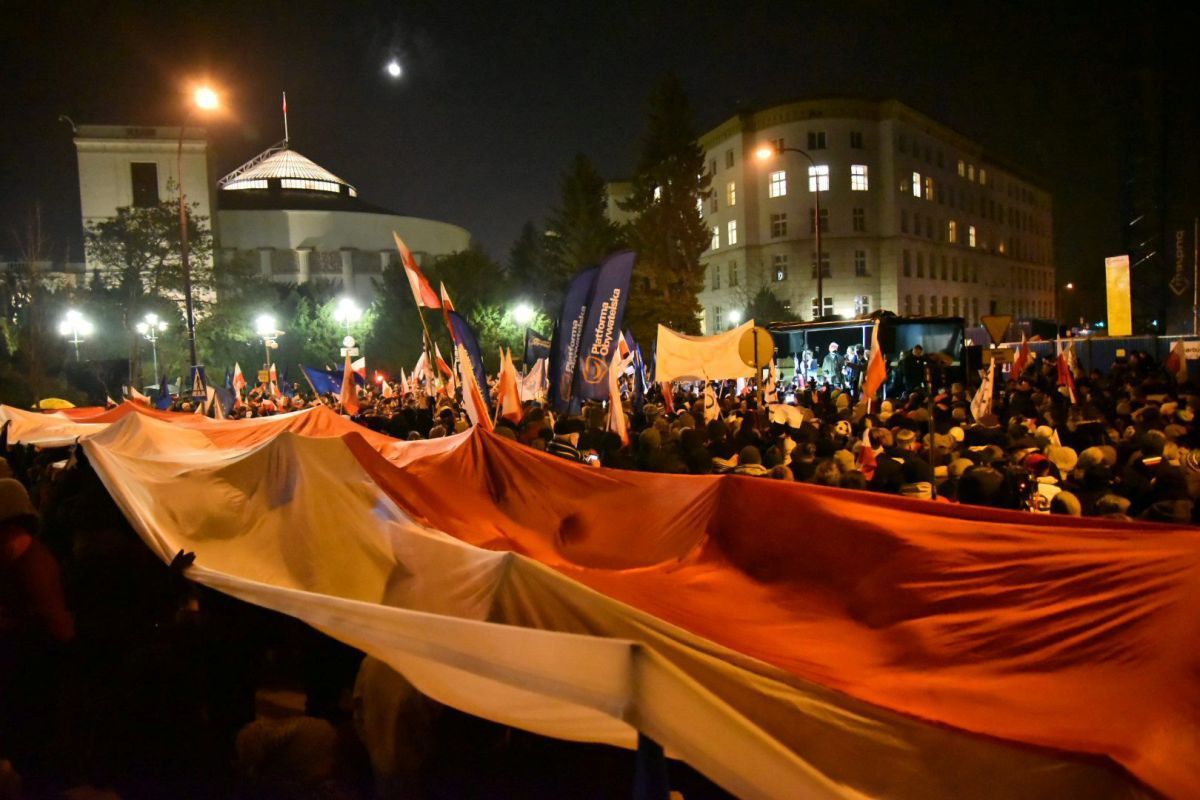 The clampdown on media access planned by the ruling right-wing Law and Justice (PiS) party is among a raft of measures its critics say have eroded the independence of the media and the judiciary, Reuters said.

Fears of an authoritarian drift in Poland have brought thousands of protesters onto the streets in the past year and alarmed the country's European Union partners, though the government remains broadly popular among Polish voters.

Despite the removal of the media ban, opposition lawmakers extended their occupation of parliament's debating chamber into a fifth day.

They vowed to stay put until a debate and vote on the 2017 budget they say was held illegally in a side room on Friday to avoid protests and reporters is re-run with all lawmakers.

The planned curbs on media access to the Sejm announced last week by PiS Speaker Marek Kuchcinski triggered demonstrations outside parliament and an occupation of the Sejm's podium and the speaker's chair by opposition lawmakers.

The Sejm's press office said on Tuesday the ban had been scrapped but rules on media access were still likely to change. That was an allusion to an earlier proposal to reserve all recording of parliamentary sessions for five selected TV stations and limiting the number of journalists allowed in parliament to two per media outlet.

"We want, however, to give an assurance that these changes will not be introduced without broad consultations and agreements with reporters," the press office said.

The opposition welcomed the move but demanded the lower chamber also re-run the disputed budget vote. PiS officials replied that the vote was legal and would not be repeated.