After an assassination, Turkey and Russia are only getting closer: WP

The assassination of Russia's ambassador to Turkey on Monday might have been expected to derail a fragile detente between the regimes of Vladimir Putin and Recep Tayyip Erdogan. Instead, it has served to underline a budding alliance that could have the effect of excluding the United States from the endgame of Syria's civil war and critically weakening U.S. influence across the Middle East. That, at least, is Mr. Putin's clear intention, according to The Washington Post. 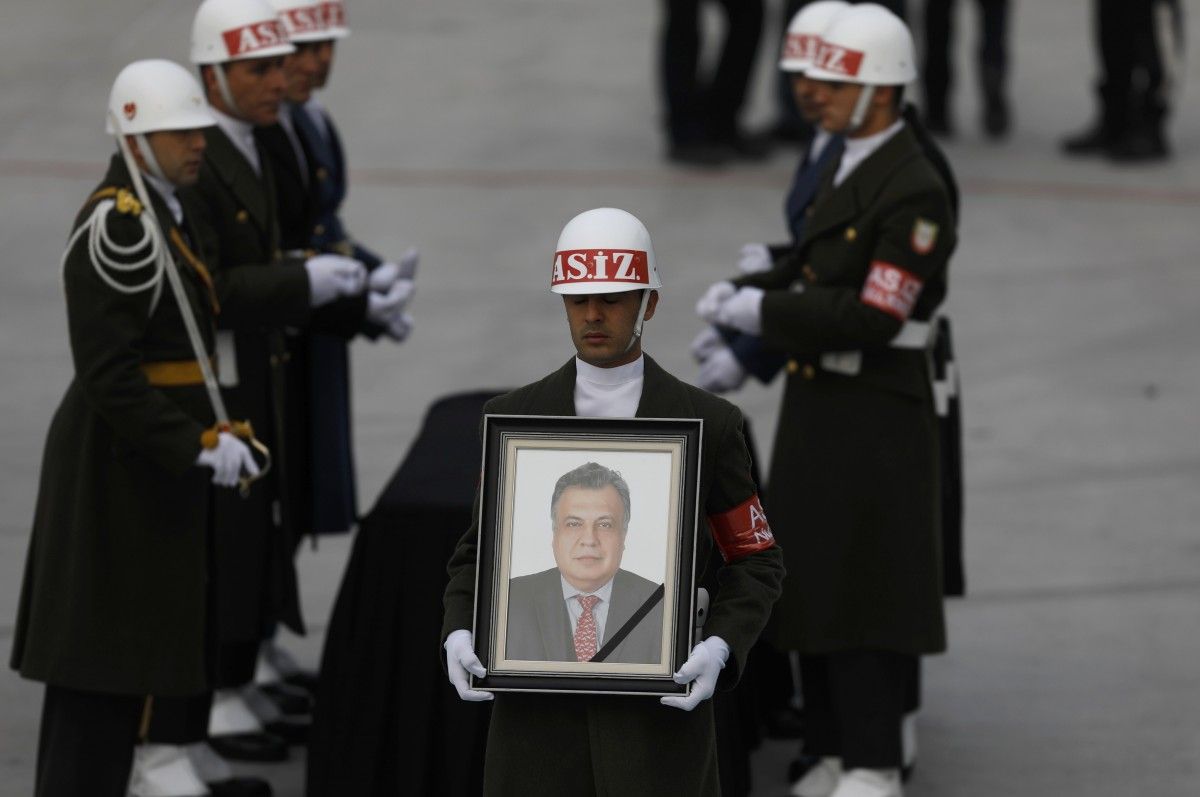 The brutal assassination of ambassador Andrei Karlov by a Turkish police officer was a tragic sign that Russia may pay a price in blowback for its intervention in Syria. The assassin shouted, "Don't forget Aleppo," where indiscriminate Russian bombing of hospitals and civilian housing paved the way for the Syrian regime of Bashar al-Assad to recapture the eastern half of the city, the Editorial Board of The Washington Post wrote in an article on December 20.

For now, however, Mr. Putin appears to be reveling in his victory and pressing his political advantage. On Tuesday, his foreign minister hosted his counterparts from Turkey and Iran for a trilateral meeting that endorsed a road map for peace in Syria called the "Moscow declaration." Mr. Putin and Mr. Erdogan meanwhile quickly agreed not to allow the assassination to harm their relations; pro-government media in both countries instead floated theories that the United States was somehow responsible for the killing.

Read alsoTurkey tells U.S. that cleric Gulen was behind Russian diplomat's killing - ReutersThe Syria trilateral meeting resounded with Russian triumphalism about the exclusion of the United States. "All previous attempts by the United States and its partners to agree on coordinated actions were doomed to failure," said Russian Defense Minister Sergei Shoigu after meeting with Turkish and Iranian ministers. "None of them wielded real influence over the situation on the ground." Russian Foreign Minister Sergei Lavrov, who led Secretary of State John F. Kerry through months of fruitless diplomacy, pronounced that "the most efficient and effective format for solving the Syrian crisis is our current trilateral format."

Read alsoAssassin of Russian envoy screamed: "We die in Aleppo, you die here!"It's doubtful whether a Russian-Iranian-Turkish axis can really end the war. There are still more than 100,000 rebel fighters in northern and southern Syria, and many of them may soon join in an Islamist-led coalition. But Russia and Turkey could quietly accommodate each other's aims: Russia and Iran wish to eliminate alternatives to the Assad regime, while Mr. Erdogan wants to prevent Kurds from establishing control over areas of northern Syria near the Turkish border. Both sides might favor a cease-fire in the short term; or they could each undertake military offensives against their respective enemies. The three parties say they will sponsor their own political negotiation between the regime and some Russian-approved "opposition" figures, bypassing a United Nations process; that would likely lead to a ratification of the Assad regime's political mandate.

Read alsoRussia missing from Trump’s top defense priorities, according to DoD memoA president concerned with preserving U.S. leadership in the Middle East would seek to counter Mr. Putin's maneuvering and reverse Mr. Erdogan's tilt toward the Kremlin. Sadly, it seems more likely that Donald Trump will welcome it. The result could be either the quagmire that President Obama has long predicted — so far wrongly — for Russia in Syria or a peace that will empower a string of anti-U.S. strongmen from Damascus and Tehran to Ankara and Moscow.