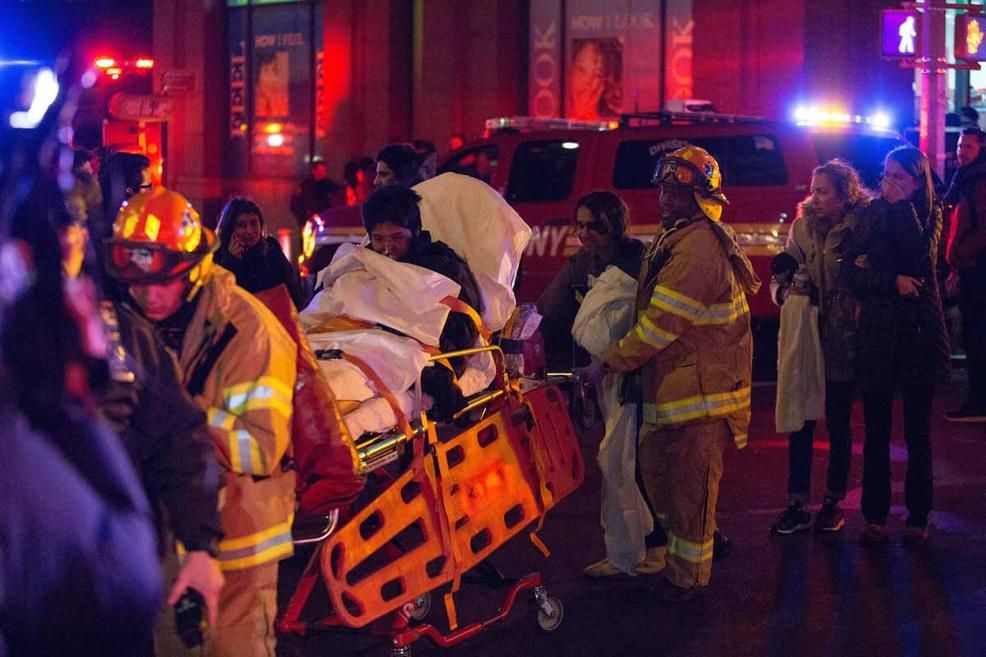 Among the injured civilians was a 7-year-old girl who was found in cardiac arrest on the 21st floor, according to FDNY Chief of Department James Leonard. Firefighters carried her down the stairs and out of the building, where they revived her on the street. She is now in good condition, NBC 4 New York reported.

It's not clear what sparked the blaze inside a third-floor apartment at 515 West 59th St., near 10th Avenue, at about 5 p.m., but fire officials say the windows were left open and the heavy winds sent smoke into the hallways and up inside the building.

"Firefighters had a tough time getting across that hallway because of the wind," said Leonard, adding there was also "very heavy smoke" on the upper floors.

The 33-story building, which contains 465 apartments, is used as a residence building for Mt. Sinai Hospital, according to fire officials. Leonard said there were nine people who went to the roof to wait out the fire, and a police helicopter kept watch over them until they were safely removed from the building.

Firefighters have knocked out the fire, and were still making the final searches of the apartments in the building but they believe everyone has been accounted for. 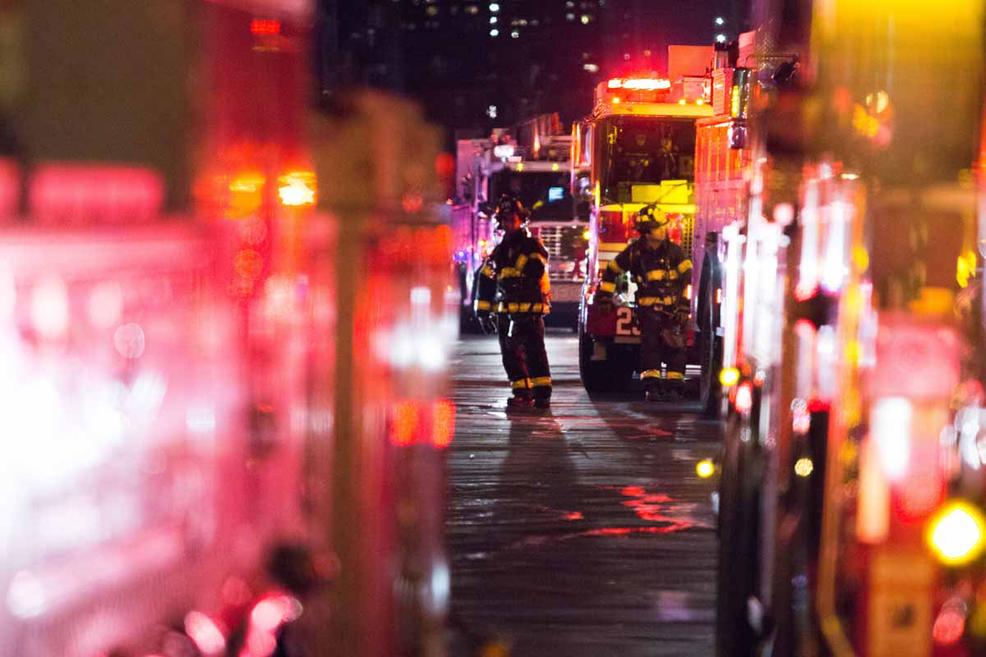 nbcnewyork.com
If you see a spelling error on our site, select it and press Ctrl+Enter