The sinking of the RMS Titanic may have been caused by an enormous fire on board, not by hitting an iceberg in the North Atlantic, experts have claimed, as new evidence has been published to support the theory, according to The Independent. 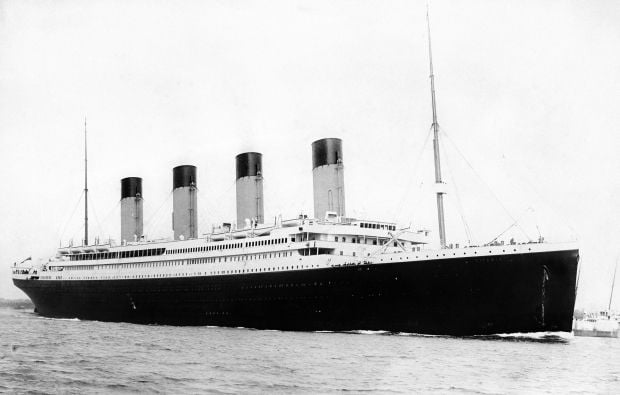 More than 1,500 passengers lost their lives when the Titanic sank on route to New York from Southampton in April 1912, The Independent reported.

While the cause of the disaster has long been attributed to the iceberg, fresh evidence has surfaced of a fire in the ship's hull, which researchers say burned unnoticed for almost three weeks leading up to the collision.

While experts have previously acknowledged the theory of a fire on board, new analysis of rarely seen photographs has prompted researchers to blame the fire as the primary cause of the ship's demise.

Journalist Senan Molony, who has spent more than 30 years researching the sinking of the Titanic, studied photographs taken by the ship's chief electrical engineers before it left Belfast shipyard.

Read also73 people rescued from capsized boat in MediterraneanMr. Maloney said he was able to identify 30-foot-long black marks along the front right-hand side of the hull, just behind where the ship's lining was pierced by the iceberg.

He said: "We are looking at the exact area where the iceberg stuck, and we appear to have a weakness or damage to the hull in that specific place, before she even left Belfast."

Experts subsequently confirmed the marks were likely to have been caused by a fire started in a three-storey high fuel store behind one of the ship's boiler rooms.

A team of 12 men attempted to put out the flames, but it was too large to control, reaching temperatures of up to 1000 degrees Celsius.

Subsequently, when the Titanic struck ice, the steel hull was weak enough for the ship's lining to be torn open.

Officers on board were reportedly under strict instruction from J Bruce Ismay, president of the company that built the Titanic, not to mention the fire to any of the ship's 2,500 passengers.

Presenting his research in a Channel 4 documentary, Titanic: The New Evidence, broadcast on New Year's Day, Mr. Maloney also claims the ship was reversed into its berth in Southampton to prevent passengers from seeing damage made to the side of the ship by the ongoing fire.

Mr. Molony said: "The official Titanic inquiry branded [the sinking] as an act of God. This isn't a simple story of colliding with an iceberg and sinking.

"It's a perfect storm of extraordinary factors coming together: fire, ice and criminal negligence.

"Nobody has investigated these marks before. It totally changes the narrative. We have metallurgy experts telling us that when you get that level of temperature against steel it makes it brittle, and reduces its strength by up to 75 per cent.

"The fire was known about, but it was played down. She should never have been put to sea."

In 2008, Ray Boston, an expert with more than 20 years of research into the Titanic's journey, said he believed the coal fire began during speed trials as much as 10 days prior to the ship leaving Southampton.

He said the fire had potential to cause "serious explosions" below decks before it would reach New York.

An inquiry into the disaster, presented to Parliament in 1912, described the ship as travelling at "high speed" through dangerous icy waters, giving the crew little opportunity to avoid the fatal collision.