France is no less vulnerable than the United States to cyber attacks from foreign countries and the French military will boost its resources to defend against them, the French defense minister said on Sunday, according to Reuters. 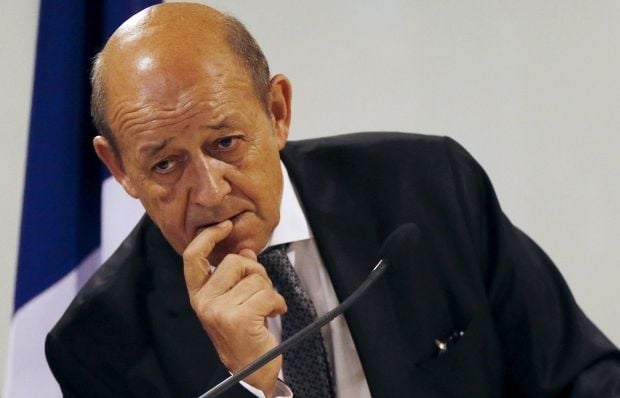 In an interview with French weekly Le Journal du Dimanche Defense Minister Jean-Yves Le Drian said there is a real risk of cyber attacks on French civil infrastructure such as water, electricity, telecommunications and transport, as well as against French democracy and the media, Reuters reports.

Asked whether France was immune from such attacks, Le Drian said "No, of course not, we should not be naive".

Read alsoLe Pen's office reacts to possible ban on entry to UkraineFrench-Russian relations have been strained by Russia's annexation of Ukraine's Crimea in 2014 and over Russia's role in the war in Syria. Outgoing socialist French President Francois Hollande has canceled the sale of warships to Russia, and played a key role in imposing sanctions on Russia over Crimea.

Le Drian said that if the U.S. election had indeed been manipulated, it would be an unbearable interference, as targeting a country's electoral means attacking its democratic foundations and its sovereignty.

Read alsoUkrainian World Congress calls upon int'l community to be on high alert over Russian cyberattacks"Our services have discussed the subject, if only to learn lessons for the future," said Le Drian, who also referred to a cyber attack on French TV station TV5Monde in 2015.

In April 2015, hackers knocked the station off the air. French judicial sources told Reuters later that Russian hackers linked to the Kremlin could have been behind the attack.

Le Drian said the number of cyber attacks against his ministry doubled every year and that in 2016 about 24,000 external attacks had been blocked by security, including attempts at disrupting France's drone systems.

Read alsoTrump officially recognizes Russia's role in U.S. cyber attacksFrance should not only be able to defend itself against cyber attacks but should also be able to strike itself when necessary, Le Drian said.

He said the French army's number of "digital soldiers" would be doubled to 2,600 by 2019, with support of an additional 600 cyber experts.

Read alsoOSCE security monitors targeted by hackersLe Drian said that in case of a cyber attack, the country could respond in kind as well as with conventional weapons.