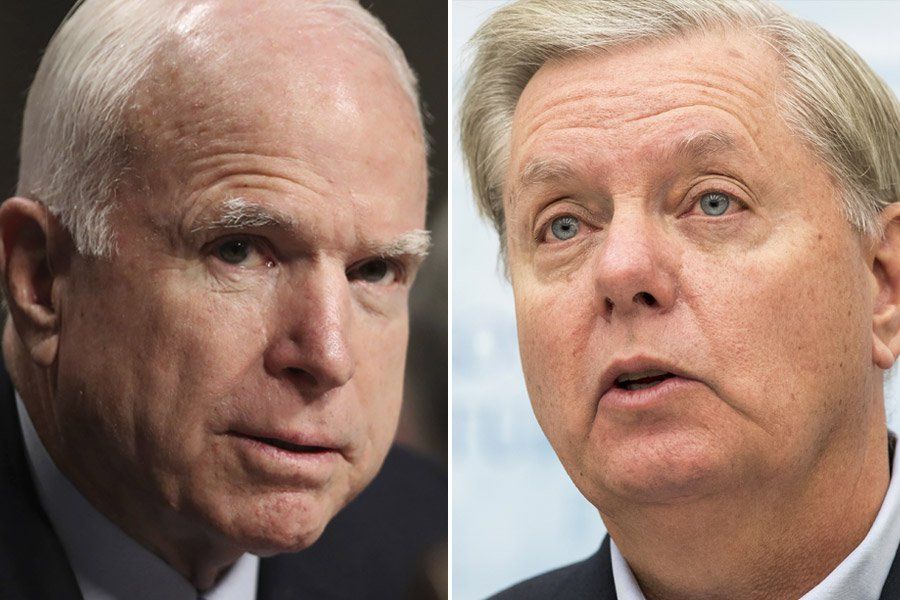 "In a couple weeks, Donald Trump will be the defender of the free world and democracy," Graham said, during a joint interview with John McCain on NBC's Meet the Press on Sunday, according to Time.

"You should let everybody know in America, Republicans and Democrats, that you're going to make Russia pay a price for trying to interfere," Graham said.

Read alsoTrump: "When I am President, Russia will respect us far more than they do now"Graham is referring to the report released Friday by The Office of the Director of National Intelligence that Russian President Vladimir Putin led efforts to influence the 2016 Presidential election—specifically by discrediting former Democratic nominee Hillary Clinton, notes Reuters. Trump has repeatedly refuted that Putin was responsible, even before the government agencies declassified the report.

During the interview, McCain said he supports continued investigations into the hacks.

"We need to come to grips with it and get to the bottom of it and overall come up with a strategy in this new form of warfare that can basically harm our economy, harm our elections, harm our national security," he said, according to Reuters.

Read alsoTrump officially recognizes Russia's role in U.S. cyber attacksThe two also said they’re unsure if they will support Trump's pick for Secretary of State, former Exxon Mobil CEO Rex Tillerson, who has been scrutinized for his ties to Putin. The Senate Foreign Relations Committee is holding a meeting Wednesday to discuss his nomination, according to Reuters.

Trump tweeted Saturday that improving relations with the Russia is a "good thing."