Politician with Ukrainian roots to become Canada's next foreign minister 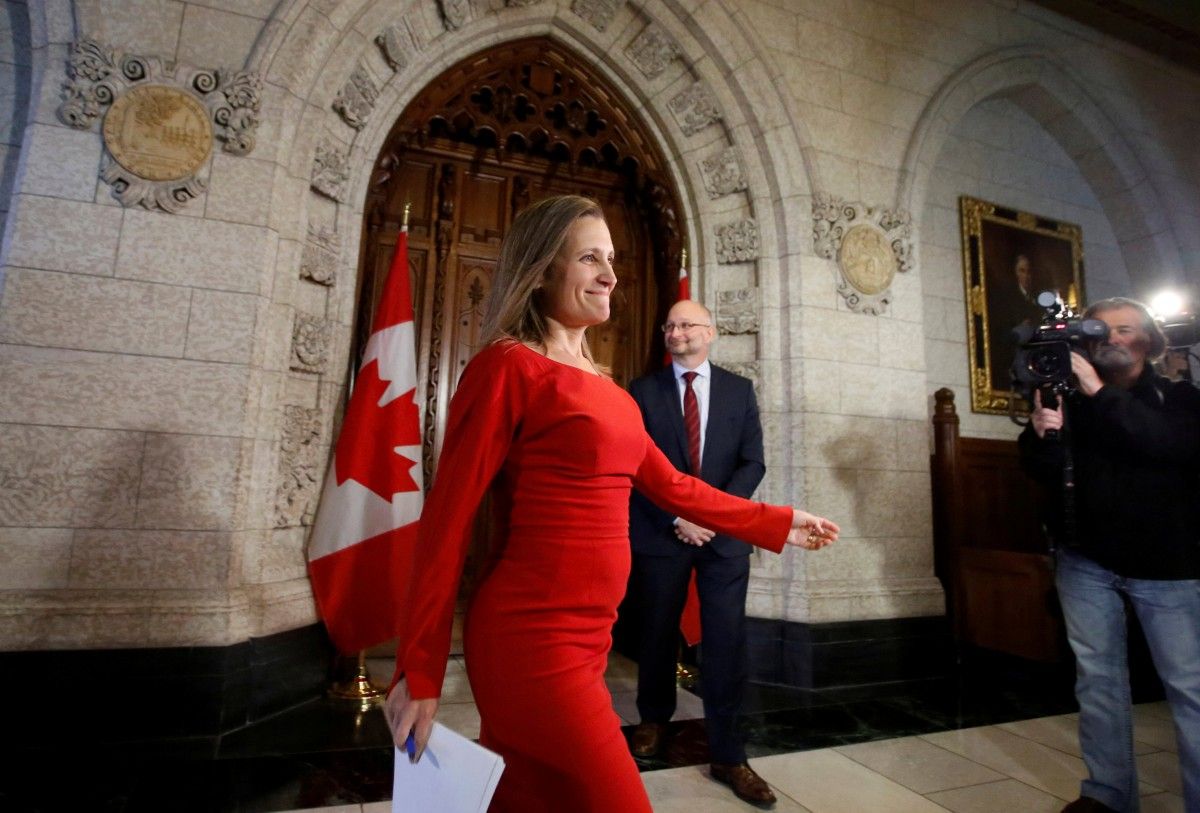 Freeland, who leaves the international trade portfolio, will replace Stéphane Dion, who is leaving politics to take a diplomatic post, CBC News reports.

Read alsoTrudeau cancels Davos plans following Merkel, HollandeFreeland is of a Ukrainian origin. She was born in 1968, studied at Harvard and Oxford. She also worked as a journalist and has held various editorial positions in the Financial Times, Globe and Mail, and Thomson Reuters.