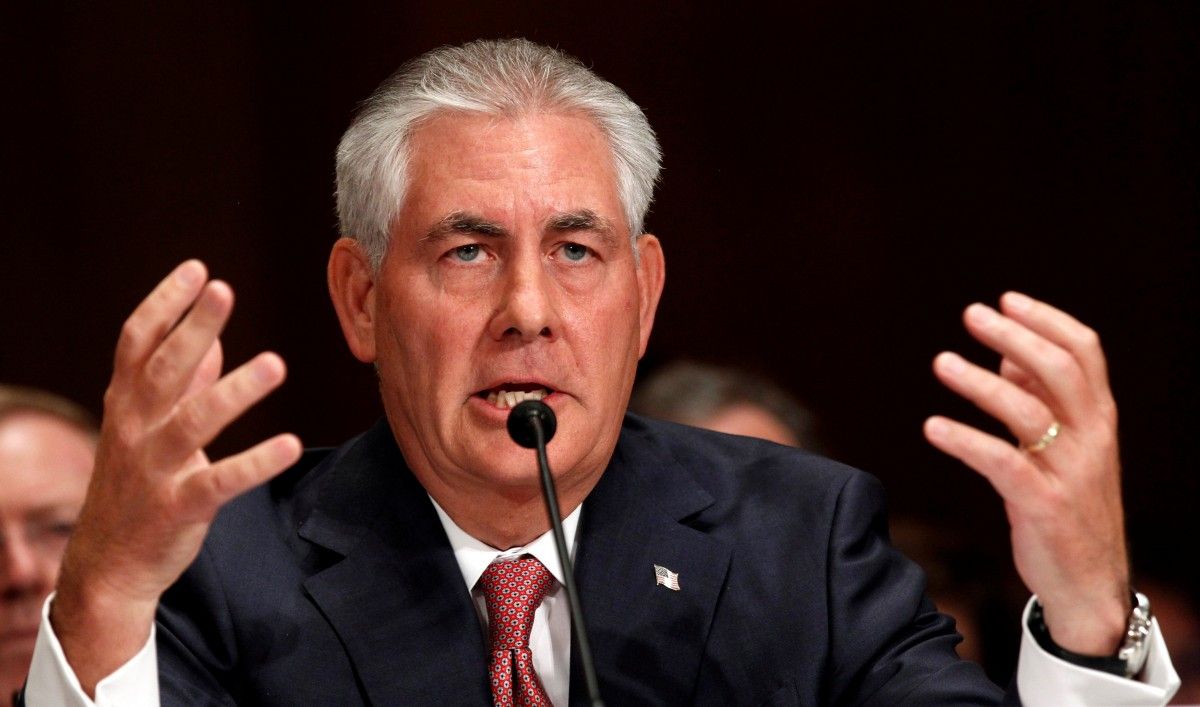 The information, from a firm run by a former British intelligence operative, also indicated that throughout the campaign, Trump surrogates were in touch with intermediaries for the Russian government. Sen. John McCain, an Arizona Republican, became aware of the information in December and passed it to FBI Director James Comey that month.

Tillerson intends to address the U.S. relationship with Moscow head on in his opening remarks.

"We must also be clear-eyed about our relationship with Russia," Tillerson will say. "Russia today poses a danger, but it is not unpredictable in advancing its own interests."

"Our NATO allies are right to be alarmed at a resurgent Russia," Tillerson will say. "But it was in the absence of American leadership that this door was left open and unintended signals were sent."

On Friday, the U.S. intelligence community released a declassified report that concluded Putin ordered an "influence campaign" to harm Hillary Clinton's chances of winning the 2016 election.

It determined with "high confidence" that Russia's interference – consisting of hacking Democratic groups and individuals and releasing that information via third-party websites, including WikiLeaks – helped President-elect Trump win the election.

The report was the first official, full and public accounting by the U.S. intelligence community of its assessment of Russian cyber hacking activities during the 2016 campaign and the motivations behind that hacking.

In his response, Trump downplayed Russia's role in the election, saying "there was absolutely no effect on the outcome whatsoever," which the U.S. intelligence community asserted in its report it was not in a position to assess.