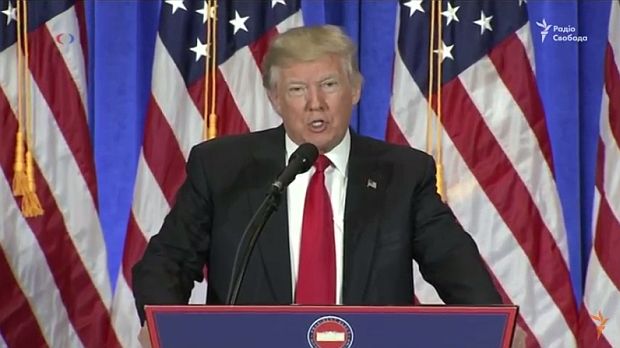 Trump addressed issued of internal and foreign policy, economy, alleged ties with Russia and cyberattacks. He also faced questions about unconfirmed claims that Russia has compiled compromising information about him.

It's been 167 days since Trump held his last press conference.