Reuters: Trump UN pick echoes his criticism but breaks from him on Russia 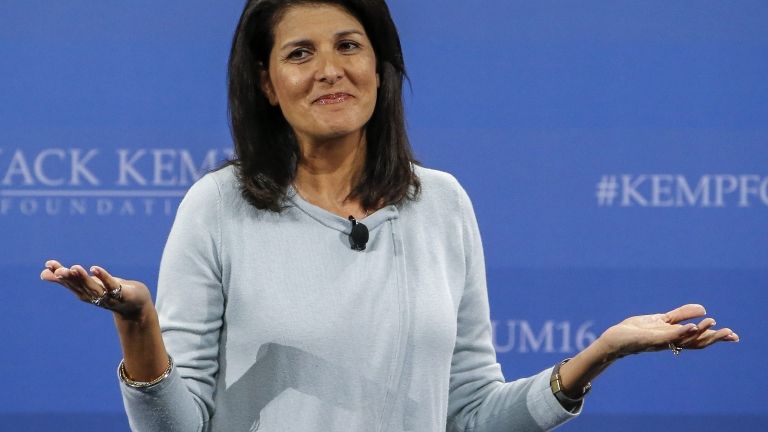 Nikki Haley, a rising star in the Republican Party, was questioned by some members of the Senate Foreign Relations Committee about her lack of diplomatic experience, Reuters wrote.

Haley, who turns 45 on Friday when Trump takes office, has been governor of South Carolina since 2011.

Haley seconded criticism of the United Nations by Trump and many of their fellow Republicans, especially for what she termed its "bias" against Israel. Some Republican lawmakers want to stop U.S. funding for the United Nations over a Security Council resolution last month demanding an end to settlement building that the United States declined to veto, instead of abstaining.

Haley said she did not like abstentions and would not abstain on UN votes.

Trump took to Twitter in the wake of the Israel vote to criticize the 193-member world body as "just a club for people to get together, talk and have a good time. So sad!" He warned "things will be different" after he takes office, without offering details.

Read alsoUkraine invites Israel to prevent growing tensions over notorious UNSC resolutionHaley said Washington should always back Israel. "If we always stand with them, more countries will want to be our allies," she said.

She is expected to be approved by the U.S. Senate. At the end of the hearing, Senator Bob Corker, the committee's Republican chairman, said he expected she would be approved "overwhelmingly."

Haley repeatedly questioned the amount Washington contributes to the world body and demanded reforms, but said she did not back "slashing and cutting."

The United States provides 22 percent of the UN budget.

"The American people see the UN's mistreatment of Israel, its failure to prevent the North Korean nuclear threat, its waste and corruption, and they are fed up," Haley said.

But she praised UN food programs, efforts to alleviate AIDS, its weapons monitoring and some peacekeeping missions, a departure from Trump's criticisms.

Read alsoYabloko's nominee for president of Russia in 2018 sees Crimea as Ukraine"I think that Russia has to have positive actions before we lift any sanctions on Russia," she said.

Haley did not advocate backing out of the international nuclear agreement with Iran, which is supported by the United Nations, although she said it should be closely reviewed.