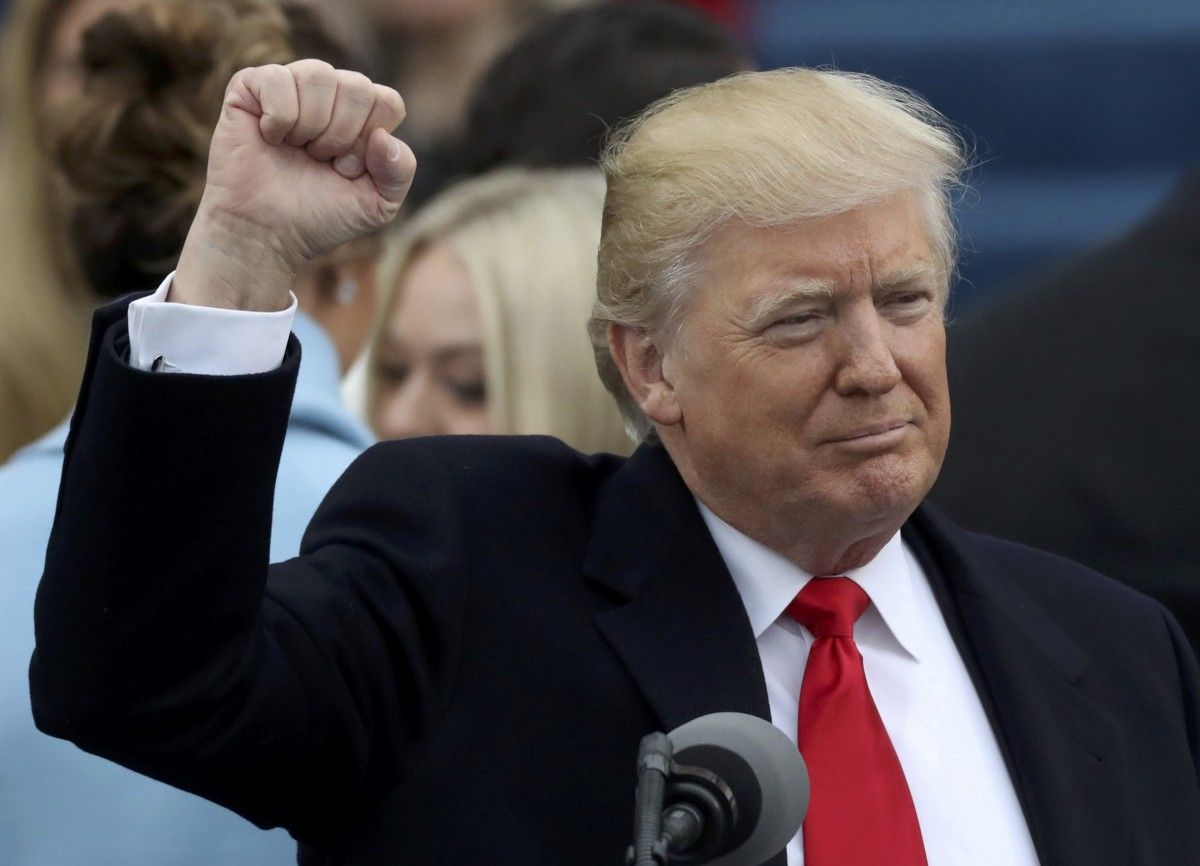 As scattered protests erupted elsewhere in Washington, Trump raised his right hand and put his left on a Bible used by Abraham Lincoln and repeated a 35-word oath of office from the U.S. Constitution, with U.S. Chief Justice John Roberts presiding, Reuters reported.

Afterward, he stretched his arms wide and hugged his wife, Melania, and other members of his family. Then he turned around to a podium and delivered his inaugural address.

"This moment is your moment, it belongs to you," Trump told a large crowd that had earlier booed Chuck Schumer, the Democratic minority leader in the U.S. Senate.

"We are transferring power from Washington D.C. and giving it back to you," he said.

Read alsoSoros says markets to slump with Trump, EU faces disintegrationThe transition from a Democratic president to a Republican took place on the West Front of the domed U.S. Capitol before a crowd of former presidents, dignitaries and hundreds of thousands of people on the grounds of the National Mall. The crowd stretched westward on a cool day of occasional light rain.

Trump, 70, takes over a country divided after a savage election campaign. A wealthy New York businessman and former reality TV star, he will set the country on a new, uncertain path at home and abroad.