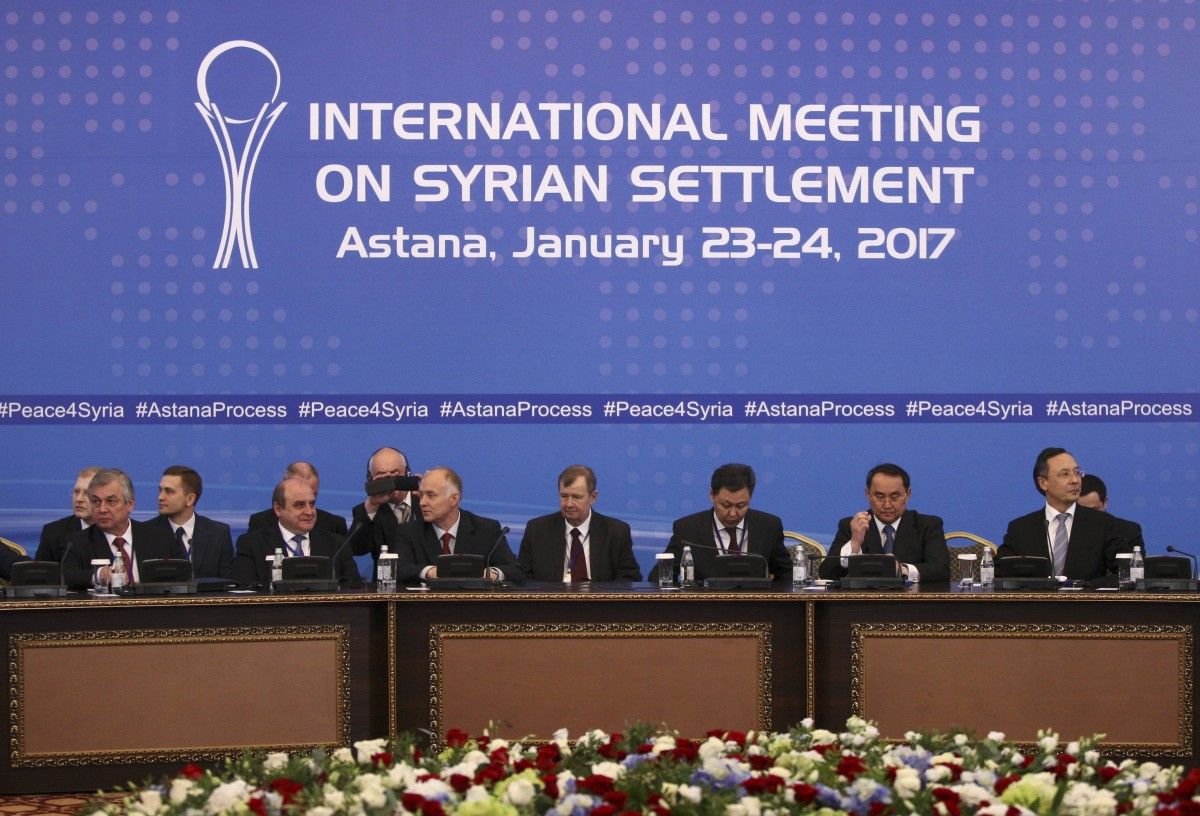 The two-day conference kicked off on January 23, with delegations from the Syrian government and the opposition both participating, RFE/RL wrote.

The talks are being facilitated by Russia, Iran, and Turkey and are being monitored by the U.S. ambassador to Kazakhstan and UN special envoy on Syria Staffan de Mistura.

In an opening statement read out by Kazakh Foreign Minister Kairat Abdrakhmanov, Kazakh President Nursultan Nazarbaev expressed hope the Astana meeting "will create the necessary conditions for all concerned parties to find a suitable solution to the Syrian crisis."

The initial meeting began late after some confusion about whether the two Syrian delegations would agree to sit down together. Russian news agency Interfax cited an unnamed source as saying the Syrian government delegation was sitting with the Iranian representatives, while the opposition delegation was with their Turkish counterparts.

Read alsoSyrian war: Assad says Aleppo bombing was justifiedThe talks are primarily aimed at bolstering a cease-fire agreement reached in December and at advancing the conflict-resolution process that has been proceeding in Geneva under UN auspices. The next session of the Geneva talks is set for February 8.

Moscow has given crucial diplomatic and military support to Assad throughout the six-year civil war and helped avert his government's possible defeat by launching a campaign of air strikes in September 2015.

Russia and Turkey remain at odds over whether Assad should remain in power or step down, though Turkish Deputy Foreign Minister Mehmet Simsek said on January 20 that it was no longer realistic for Turkey to "insist on a settlement without Assad."

The talks come at a time when the Syrian government is a strong position, having recaptured the eastern part of the city of Aleppo from rebels in December in an offensive backed by Russia.

Syrian opposition leaders say that consolidating the current cease-fire will be their main goal during talks, not Assad’s future.

"At this stage, we have one goal, which has been agreed upon by all the parties included," Osama Abu Zaid, a spokesman for the Free Syrian Army, told Al Jazeera. "That is to consolidate the cease-fire. That is why we came here."

The Russia, Iranian, and Turkish representatives met on January 22 to draft a potential agreement for signing.

More than 300,000 people have been killed in Syria’s civil war, which followed a deadly government crackdown on pro-democracy protesters in 2011, and about half of the country’s population has been displaced.