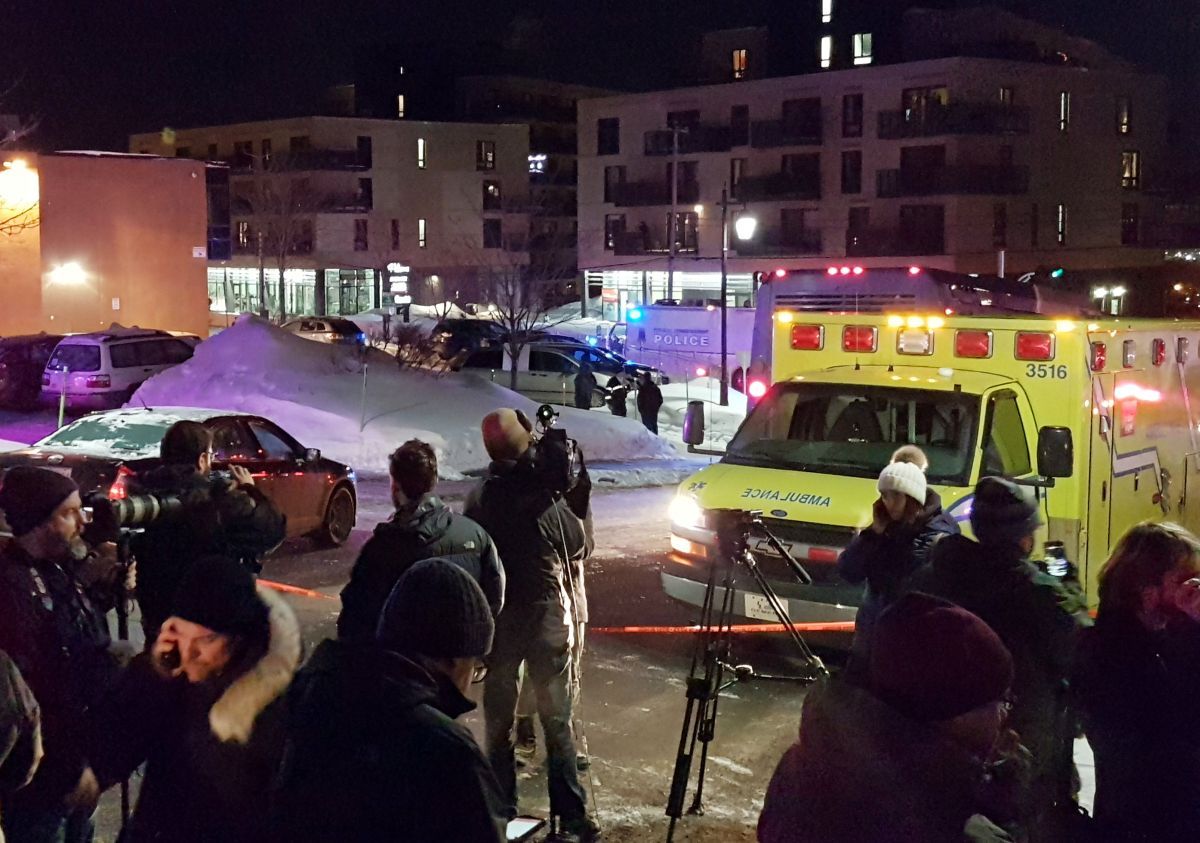 "We condemn this terrorist attack on Muslims in a center of worship and refuge," Canadian Prime Minister Justin Trudeau said in a statement, according to Reuters.

"Why is this happening here? This is barbaric," said the mosque's president, Mohamed Yangui.

Quebec police said there were many victims and deaths, but did not confirm the death toll. They said two people had been arrested, but there were no immediate details on the suspects.

Read alsoTrump suspends U.S. refugee program, indefinitely bars Syrians"Tonight, Canadians grieve for those killed in a cowardly attack on a mosque in Quebec City. My thoughts are with victims & their families," Trudeau tweeted earlier in the night.

The shooting came on the weekend that Trudeau said Canada would welcome refugees, after U.S. President Donald Trump suspended the U.S. refugee program and temporarily barred citizens from seven Muslim-majority nations from entering the United States on national security grounds.

New York Mayor Bill de Blasio said police were providing additional protection for mosques in that city following the Quebec shooting. "All New Yorkers should be vigilant. If you see something, say something," he tweeted.

Canada's federal Liberal legislator Greg Fergus tweeted: "This is an act of terrorism -- the result of years of demonizing Muslims. Words matter and hateful speeches have consequences!"