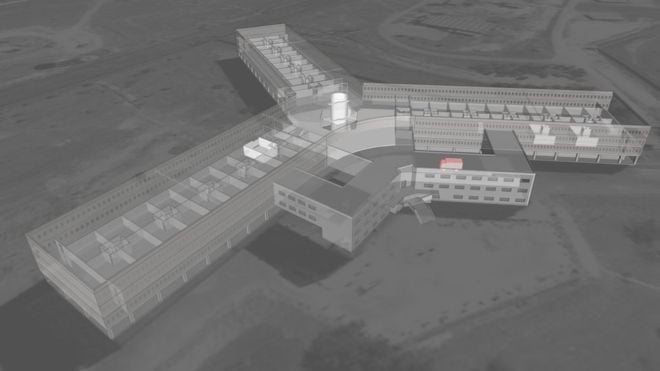 In a new report issued on February 7, the London-based group documented executions between September 2011 and December 2015, adding that they probably are still being carried out and amount to war crimes, RFE/RL reported.

It called for a United Nations investigation.

Amnesty, which interviewed 84 people, including former guards, detainees, and prison officials for its report, said 20 to 50 people were hanged each week at the Saydnaya prison, dubbed "the slaughterhouse."

Between 5,000 and 13,000 people were executed at Saydnaya in the four years after Syria's popular uprising descended into civil war, the report says, adding that the alleged executions were authorized at the highest levels of the Syrian government.

"The victims are overwhelmingly civilians who are thought to oppose the government," it says. "Since 2011, thousands of people have been extrajudicially executed in mass hangings, carried out at night and in the utmost secrecy," with families not informed of their fate.

Read alsoRFE/RL: Syria truce talks under way in Astana"Many other detainees at Saydnaya military prison have been killed after being repeatedly tortured and systematically deprived of food, water, medicine, and medical care," it adds.

The prisoners, who included former military personnel suspected of disloyalty and people involved in unrest, underwent sham trials before military courts and were sometimes forced to make confessions under torture, Amnesty says.

The bodies of those executed were allegedly then loaded onto trucks, and transferred to Tishreen military hospital in Damascus for registration and burial in mass graves located on military land.

Since antigovernment demonstrations broke out in March 2011, Assad has labeled all those opposing his rule as "terrorists."

In a separate development, Assad on February 7 was quoted by the official news agency SANA as saying that U.S. President Donald Trump prioritizing the fight against Islamic State (IS) militants was "promising," although it was too early to expect any practical steps.

Trump has made defeating the IS group a core goal of his presidency and signed an executive order asking the Pentagon, the Joint Chiefs of Staff, and other agencies to submit a preliminary plan on how to proceed within 30 days.

Assad was also quoted by SANA as telling a group of Belgian reporters that U.S.-Russian cooperation in stepping up the fight against the militants would have positive repercussions.

U.S.-Russia ties have sunk to lows unseen since the Cold War amid rancor over Moscow's seizure of Ukraine's Crimean Peninsula in 2014, its backing of separatists in eastern Ukraine, its involvement in the Syrian conflict, and other issues.

But Trump has repeatedly called for improving relations with Russia, arguing there are ample grounds for cooperation, such as the fight against Islamic terrorism.