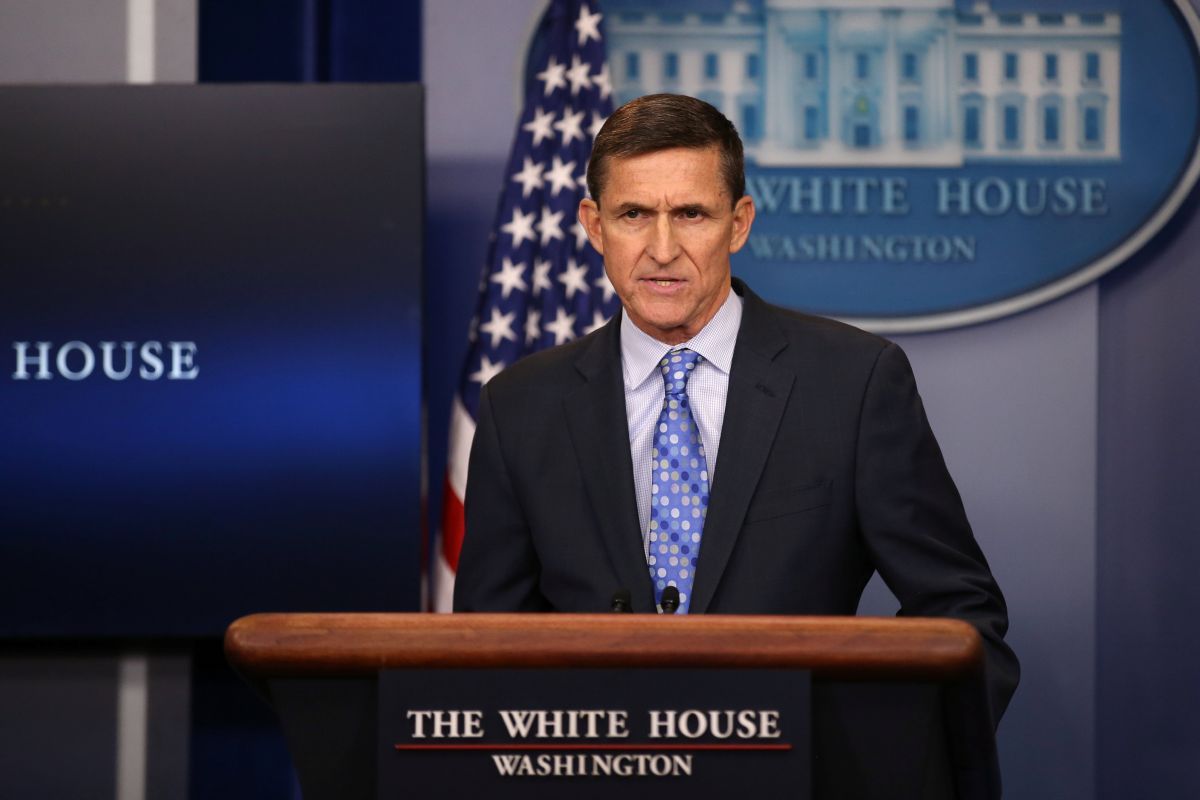 His resignation came after reports that the Trump administration was warned last month that Flynn misled administration officials regarding his communications with the Russian ambassador to the United States and was potentially vulnerable to blackmail by the Russians, a person familiar with the matter told CNN.

Read the full text of Flynn's resignation letter below: 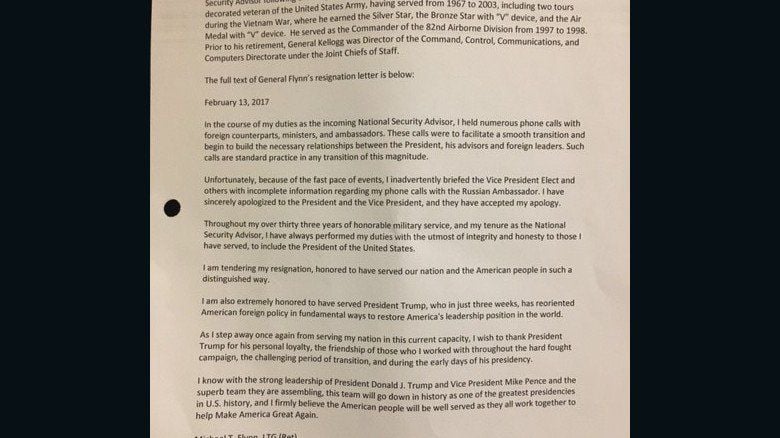 In the course of my duties as the incoming National Security Advisor, I held numerous phone calls with foreign counterparts, ministers, and ambassadors. These calls were to facilitate a smooth transition and begin to build the necessary relationships between the President, his advisors and foreign leaders. Such calls are standard practice in any transition of this magnitude.

Read alsoWSJ: U.S. eyes Michael Flynn's links to RussiaUnfortunately, because of the fast pace of events, I inadvertently briefed the Vice President Elect and others with incomplete information regarding my phone calls with the Russian Ambassador. I have sincerely apologized to the President and the Vice President, and they have accepted my apology

Throughout my over thirty three years of honorable military service, and my tenure as the National Security Advisor, I have always performed my duties with the utmost of integrity and honesty to those I have served, to include the President of the United States.

I am tendering my resignation, honored to have served our nation and the American people in such a distinguished way.

I am also extremely honored to have served President Trump, who in just three weeks, has reoriented American foreign policy in fundamental ways to restore America's leadership position in the world.

As I step away once again from serving my nation in this current capacity, I wish to thank President Trump for his personal loyalty, the friendship of those who I worked with throughout the hard fought campaign, the challenging period of transition, and during the early days of his presidency.

I know with the strong leadership of President Donald J. Trump and Vice President Mike Pence and the superb team they are assembling, this team will go down in history as one of the greatest presidencies in U.S. history, and I firmly believe the American people will be well served as they all work together to help Make America Great Again.

Assistant to the President/National Security Advisor"

As UNIAN reported earlier, Michael Flynn had reportedly discussed the possibility of lifting sanctions against Moscow with Russian Ambassador Sergey Kislyak just a few weeks before Donald Trump was inaugurated.